Fans of GENERAL HOSPITAL‘s Kristina Davis were upset when portrayer Lexi Ainsworth abruptly exited the soap on Oct. 11 as her character moved away to live with her girlfriend, Parker. But while they wait for the actress’ return to daytime, they can catch her in a scandalous new primetime role on MAJOR CRIMES!

The series, which is currently in its sixth season, airs on TNT on Tuesday nights. The first two parts of Ainsworth’s arc aired on Dec. 26, but you can still catch them online or on demand to prepare for the final two parts of “By Any Means” which are scheduled to air on Tuesday, Jan. 16. In the storyline, Ainsworth plays Ella, a young prostitute whose youthful appearance attracts a sexual predator who is working with the series’ villain, Phillip Stroh. Her “romance” with a client turns deadly as one of the world’s most deadly serial killers plots his escape! 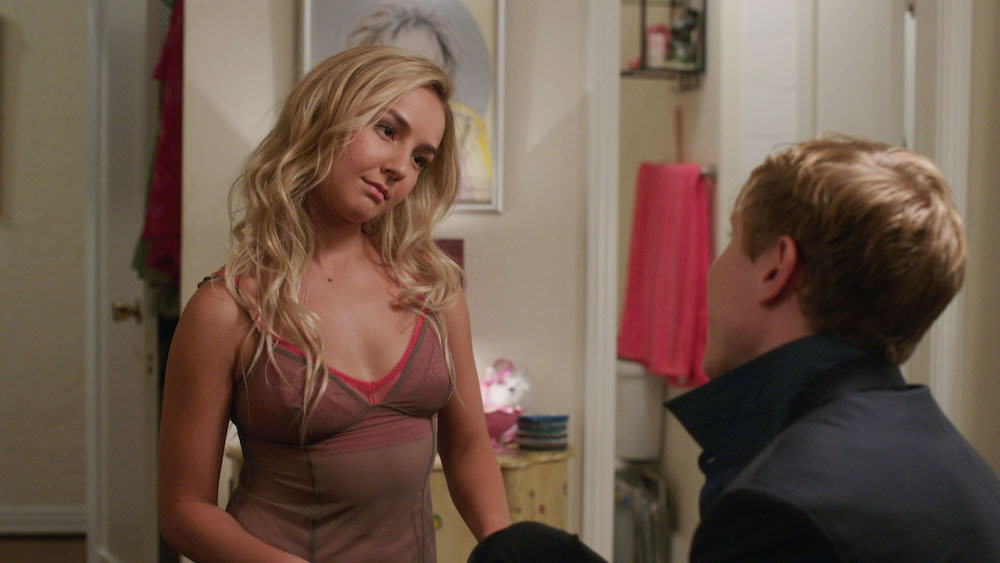 Ainsworth’s new role is quite a departure! (Photo Credit: TNT)

Ainsworth has done a lot of moonlighting in primetime on shows like CRIMINAL MINDS, COUGAR TOWN, IZOMBIE, TEEN WOLF, and RIZZOLI & ISLES. Although GH didn’t confirm that her character was written out of the soap to facilitate her working on MAJOR CRIMES, there’s still every possibility that once Ainsworth’s schedule frees up again, she can bring Kristina back to Port Charles again. Co-star Ashley Jones (Parker) has already assured fans that the “Pristina” storyline isn’t over yet and they’ll be back to continue it one day if everything works out, so stay tuned to see what happens next!

All the Winners of the 2017 GH Awards