Spinelli wasn’t the only character looking a little different at Maxie and Nathan’s wedding on GENERAL HOSPITAL — Maxie and Spinelli’s daughter, Georgie, has been aged and is now being played by child actress Lily Fisher!

The Osbrink Agency tweeted out a photo of Fisher with fellow child star Brooklyn Rae Silzer (Emma) in costume on the set of GH for the special episodes, declaring, “We love seeing our stars working together.”

We love seeing our stars working together. Lily Fisher joins @brooklyn_silzer and the cast of @GeneralHospital today! pic.twitter.com/s3Mc5eav0A

Silzer responded to the tweet with thanks and added, “She had so much fun!”

The role of Georgie was previously played as an infant by Harper Barash, the real-life daughter of Kirsten Storms (Maxie). 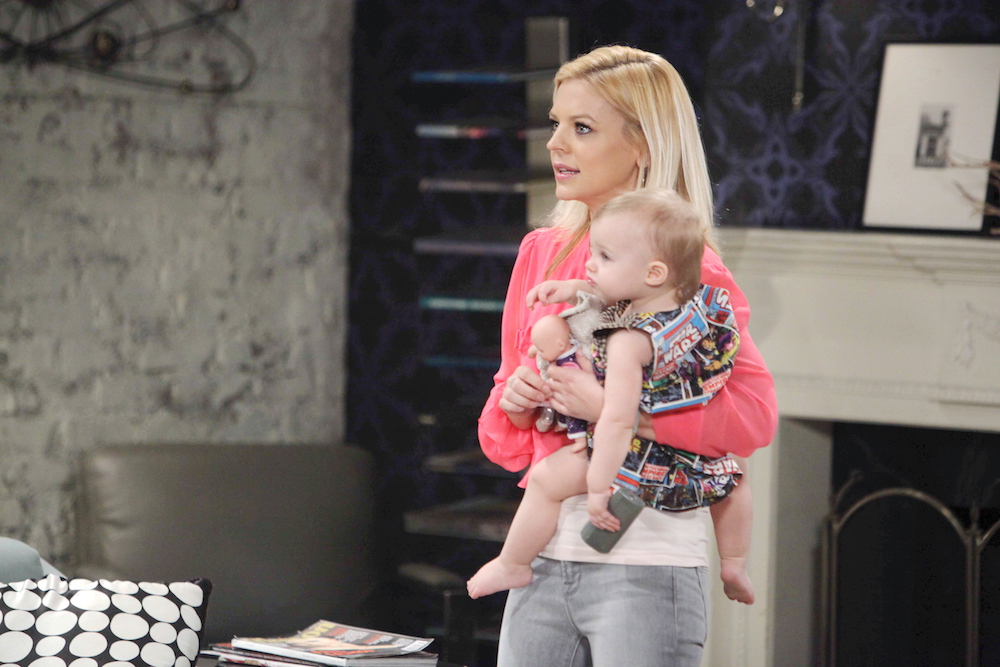 So while it’s sad that Storms won’t be able to have her baby girl on camera with her anymore, at least they found a little girl who is just as adorable! Could this recast mean that Georgie could be spending more time with mommy in Port Charles instead of with daddy? Stay tuned!