Ava and Griffin have chemistry to spare on GENERAL HOSPITAL, and that’s likely because portrayers Maura West and Matt Cohen work together so well! “Matt and I have the same goal when it comes to work,” West confided to Soaps In Depth. “We want to show up on time, work hard, complete our scenes with as much commitment and as little fuss as possible, thank everyone involved… and then race home to the people we love who await our returns!”

But just because the two actors have families with kids to get home to, it doesn’t mean that they’re rushing through their workday just to get away from each other! In fact, they’re definitely on the same page when it comes to bringing Griffin and Ava’s tempestuous love story to the screen. “Matt cares very much about the end result and also the process, which he infuses with good humor, thoughtfulness and generosity,” West declared. “We all want and need people ‘on our side’ in this world. I am grateful Matt’s on mine. He’s the kind of man you just know could — and would — guide you outta trouble.” 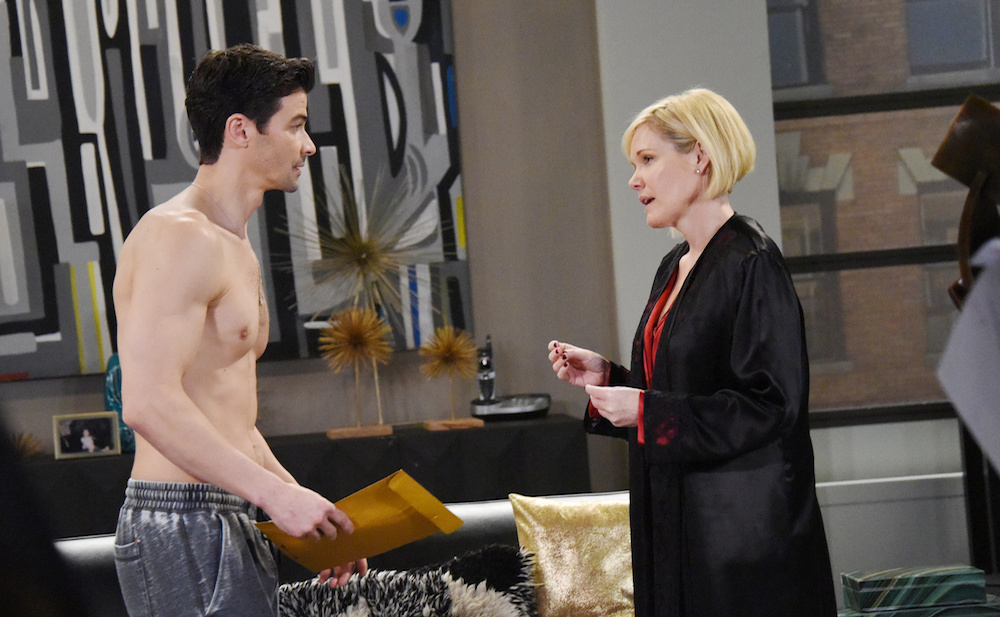 Griffin and Ava are an unlikely couple, but Cohen and West make magic together! (Photo Credit: XJJohnson/jpistudios.com)

For his part, Cohen also has nothing but nice things to say about his GH scene partner. “She’s a powerhouse,” he praised. “She never ceases to show up and elevate the performances of all those around her. She is the full package.”

This mutual admiration society between West and Cohen is definitely creating magic in Port Charles. Griffin and Ava might be having a rough time of making their relationship work these days, but hopefully they can figure out a way to stay together because it would be a shame to break up this winning team!

Do you think Ava and Griffin can really make a relationship work long-term?