Actor Maurice Benard already assured fans on social media that he was planning to keep playing Sonny Corinthos on GENERAL HOSPITAL, and now he’s clarified his statements for us personally. “I want to stay on GH,” he insisted to Soaps In Depth. “Another year and it’ll be my 25th anniversary! If I’m allowed to do one more year…”

Viewers would be shocked if anyone or anything managed to prevent Benard for sticking around for another year of daytime drama, but he admitted that you never know what the future holds. “Anything can happen in negotiations,” the Emmy winner allowed, “but I plan to be here! I’m here 100 percent. I’m all in. I’ve said it over and over, and I’ll say it again: I love GH. I love the people, and I love working here. I can’t wait to be here another year — at least one more year!” 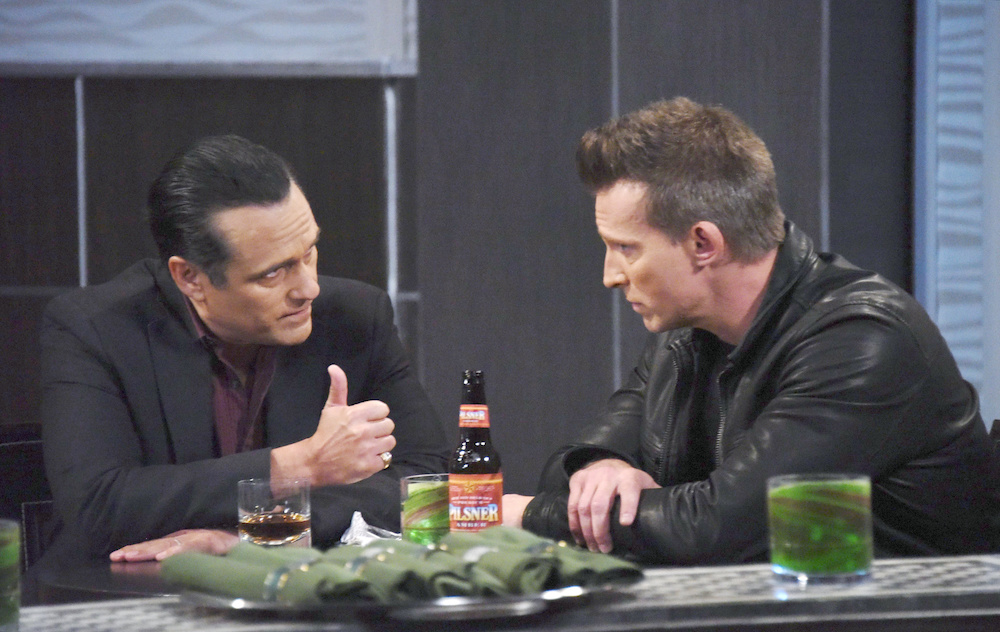 Benard is thrilled to share the screen with Burton again! (Photo Credit: XJJohnson/jpistudios.com)

Benard credits much his happiness at GH to the soap’s executive producer, Frank Valentini. “Frank is great,” he reported. “A lot of producers might have said no to working things out for [me to be able to do] outside projects, but he’s done so much for me. I can’t thank him enough.”

The actor also confessed that he doesn’t really discuss upcoming storylines with Valentini anymore. “I used to,” he said. “Now, I’ll just do it — unless it’s something really out there. Then I might say something.” Something like transplanting memories from one Jason into another? “I’m not going to lie,” Benard confided, “those aren’t my favorite stories. But the challenge is to make it as real as it can be. Sometimes, that’s more fun than the easier, straight stories. If you have to talk about aliens and people coming back from the dead, to play that truth can be hard. That’s why I kind of like it — it’s an acting challenge.”

And Benard has no complaints about the current Patient Six storyline because it has reunited him with Steve Burton once again. “I love Steve being back,” he enthused. “I knew we wouldn’t skip a beat actingwise, but the beautiful thing is, it’s like high school. All we do is laugh. When we have to get serious, we get serious, but most of the time, we’re joking. I’m having fun because I’m a lot more relaxed in my life and in my acting, so they’re both a little easier to do now.”