Time is running out for Peter in these GENERAL HOSPITAL spoilers! With half of Port Charles zeroing in on uncovering his true identity, is there anything he can do to keep his secret? Plus, Curtis second guesses his decision to marry Jordan while Liz continues to offer Franco support as he moves forward with his life.

Sitting at Kelly’s with Drew, Curtis fills his pal in on the latest in his love life. “What makes me think a marriage between Jordan and I could work?” he muses. Given that Drew isn’t doing so hot in the relationship department, would he have any advice to help Curtis?

Franco is still obsessing over the list of Jim Harvey’s victims, and Liz remains by his side to offer him a shoulder to lean on. “All of the people on this list have one thing in common,” Franco sighs. Will he finally decide to reach out to let Harvey’s other victims know that he’s finally gone for good? 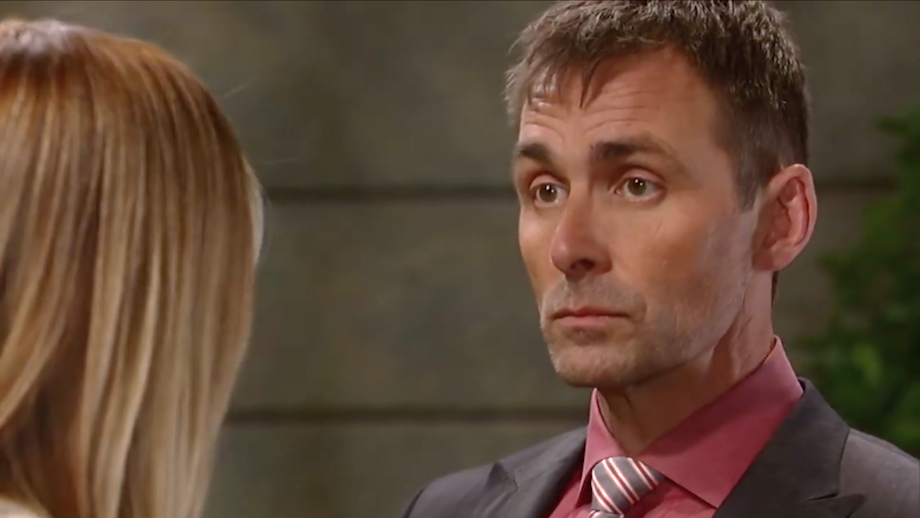 How much longer can Valentin keep Nina in the dark? (Photo Credit: ABC)

Valentin has been trying to keep Nina from investigating Peter, but it’s getting more and more difficult as she unearths more suspicious information. “What would Peter August want with mementos of Jay?” she wonders. Can he figure out a way to keep her from connecting the dots between Peter and Nathan? Meanwhile, over at Aurora Media, Maxie confides to Peter about her latest worry. “A mysterious someone set up a fund in Nathan’s honor?” she reports. Poor Maxie has no idea how close she is to the truth!

And Anna has decided to help Jason in his quest to locate Henrik Faison through his mother, letting him in on the secret that she is the woman in question. But while Jason is stunned by that revelation, he’s also concerned by the plan that she offers up. “Are you offering yourself as a decoy?” he asks, concerned.

Chloe Lanier Finally Opens up About Her Daytime Emmy Win

Vote for the Best Dressed at the 2018 Daytime Emmy Awards