Lives are about to change forever in these GENERAL HOSPITAL spoilers! Anna fails to avoid Valentin, Sam confronts Peter, and Carly can’t believe that no one else has caught on to Nelle’s schemes. But it’s Sonny who could be in the most trouble if that field in Brooklyn is dug up!

Nina had decided to call off her investigation into Peter’s mysterious and murky past, but when Curtis sits down with her at The Metro Court, he’s got something for her. “Is this what I think it is?” she asks as he nods in response. Meanwhile, Valentin plops down across from a startled Anna. “You’ve been avoiding me,” he teases.

Sam knocks on Peter’s door and enters his office at Aurora Media. “So I take it you’ve given some more thought to what we discussed?” he inquires. Will working with the enemy help Sam to uncover the truth about Peter’s true identity, or might he be onto her? 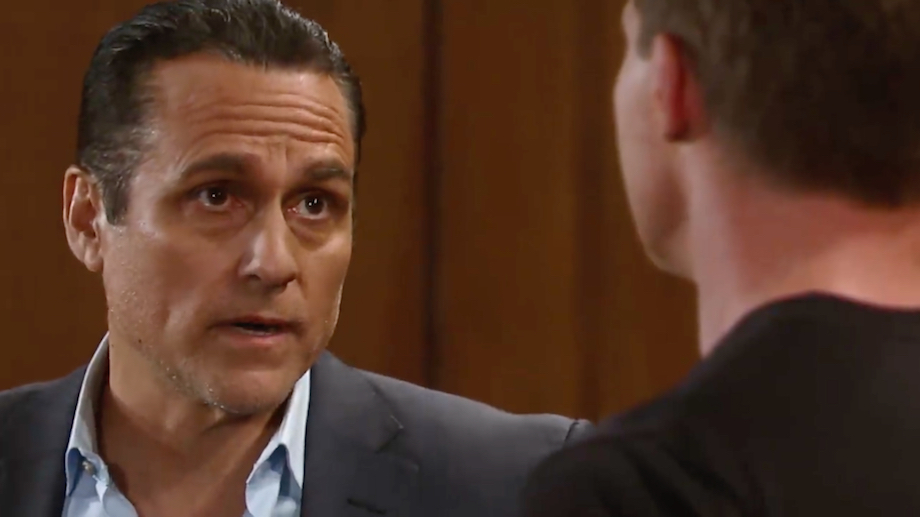 Now that Max has confirmed Mike’s report that there is construction going on at the Croton field in Brooklyn, Sonny fears the worst. “If they dig up what I did,” he informs Jason, “my life’s gonna be blown apart.” Can Jason help his friend keep the sins of his past buried six feet under, or is it already too late?

After lashing out at Ava for giving Nelle a mobile with penguins on it as a baby gift knowing full well that Morgan loved penguins, Carly turns her anger towards Nelle. “Is my mother the only one in here that sees Nelle for the snake that she is?” Carly asks the stunned party guests. Will this emotional outburst just make everyone agree that Carly is having another breakdown? Also, the mobile was all part of Nelle’s big scheme to torment Carly, but how will Ava feel about being used as a pawn?

Watch the GH Anniversary Tribute From the Daytime Emmys