Carly has found herself in the middle of a waking nightmare, and in these GENERAL HOSPITAL spoilers, she’s trying to fight back. But will anyone believe her wild stories?

While waiting for the contractor at her old house, Carly was set on edge by the lights flickering and going out, then hearing someone walking around Morgan’s old room. She even found a broken picture frame containing a photo of her late son. “I was not alone in this house tonight!” she reports to Detective Chase. Of course, since Nelle slipped away and took the evidence of her tampering with her, there’s nothing left to back up Carly’s claim. 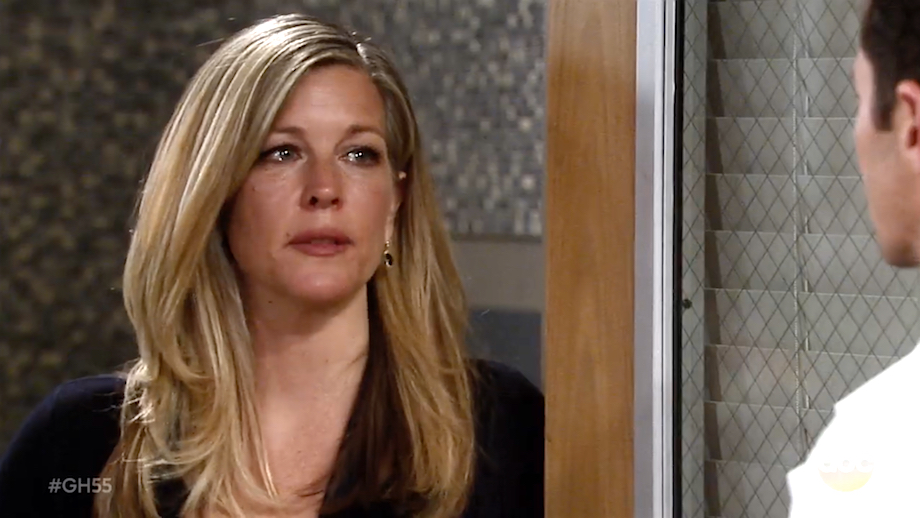 Carly is desperate to prove what’s happening to her is not all in her head! (Photo Credit: ABC)

At the hospital, she promises Griffin that this is definitely not a product of her overactive imagination. “The phone calls, the scarf, the photo,” Carly insists to the doc, “it’s all real.” And while she doesn’t know exactly who is doing this to her, she knows what they’re trying to do. “They’re trying to get to me!” she declares.

But the one man Carly should truly be able to rely on for support turns out not to be as supportive as she might like. “You think I imagined all of this?!” she asks Sonny, aghast. Will he believe that his wife is being tormented by someone so that they can work together to put a stop to it? Or will he join everyone else in claiming it’s all in her head? If Carly is left all on her own, will she be able to fight back against Nelle’s gaslighting scheme?