The race is on in these GENERAL HOSPITAL spoilers! Peter is running out of time to escape Obrecht’s evil clutches, and Michael is rushing Nelle down the aisle so they can exact their plan to bring her down once and for all!

Now that Franco and Finn know that Obrecht is behind Peter’s abduction, Franco has also twigged to the fact that the doc isn’t a big fan of Anna’s son. “You don’t care about Peter at all!” Franco remarks. And at the shack, Obrecht finds she’s been followed and angrily accuses someone of being a stalker. Nina has been helping Obrecht, but since she’s been doing so reluctantly, Peter is sure he can persuade her to switch sides. “If you set me free now,” he promises, “I will not implicate you.” But will Nina agree? Meanwhile, Sam informs Curtis: “I have found something.” Are they also on the way to locating Peter? 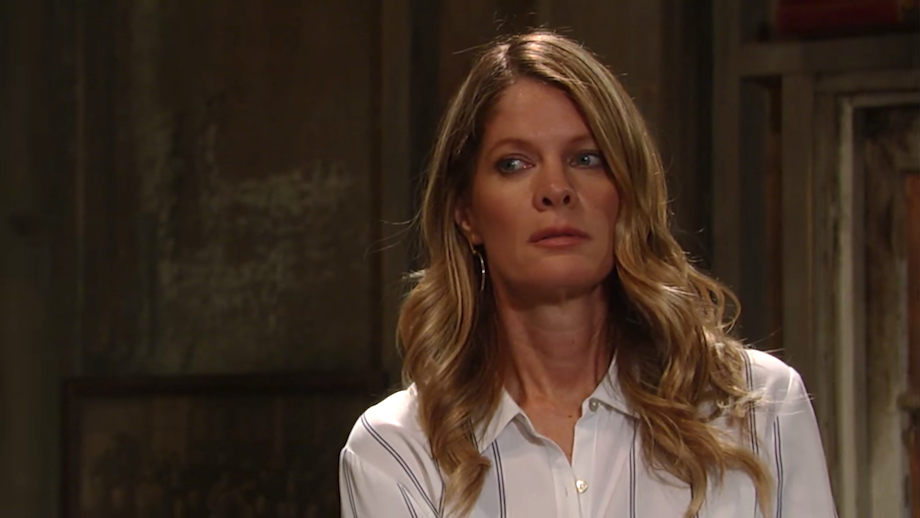 Will Nina finally do the right thing? (Photo Credit: ABC)

Michael swings by Sonny’s to let him and Jason in on the big news, if not the entire plan. “Nelle and I are getting married tomorrow,” he announces. At the Metro Court, Chase plays his part in the elaborate con by approaching Nelle’s table to confront her. “This marriage to Michael isn’t gonna work,” he warns. (He’s not wrong!) At Ferncliff, Kevin tries to talk to Carly, who continues to rage about her rival. “Nelle is someone I could’ve fought in my sleep!” she insists. As they process Michael’s news and wonder why he’s rushing to make Nelle his wife, Sonny tries to reassure Jason that it will all work out. “You’ve gotta have faith in Michael,” he urges. But will Jason’s concern for Michael cause him to spoil the plan he knows nothing about?

Eden McCoy Wants Josslyn to Be a Schemer Just like Carly! (EXCLUSIVE)

Who Is Carly’s Mystery Neighbor at Ferncliff on GH?