The holidays should be a time for forgiveness, but in these GENERAL HOSPITAL spoilers, that seems to be a little hard to come by this year! Alexis is surprised to run into Ned, Maxie is having a crisis, Michael wants nothing to do with Nelle, and Griffin refuses to let Julian off the hook for murder!

Alexis is still struggling with her feelings for Julian, and things get even more complicated when she’s at her ex’s new bar, Charlie’s Pub, and runs into another ex! “What are you doing here?” she asks Ned. Maybe looking for legal advice about taking over ELQ?

Laura and Kevin are planning a Christmas wedding, so the bride-to-be sits down with her daughter at Kelly’s to request a favor. “There’s something I’ve been meaning to ask you,” Laura reveals to Lulu. Is she looking for a matron of honor? Meanwhile, Kevin visits Dante at the police station to ask for his help. Is he looking for a best man? Or are the wedding plans already hitting a snag?

Maxie is expecting her first child with Nathan, but things have already started to get complicated with Nathan worrying about his father’s medical records and family history. “I’m not sure I can do this,” Maxie confides to her mother. Can Felicia ease her daughter’s fears and get her back on track? 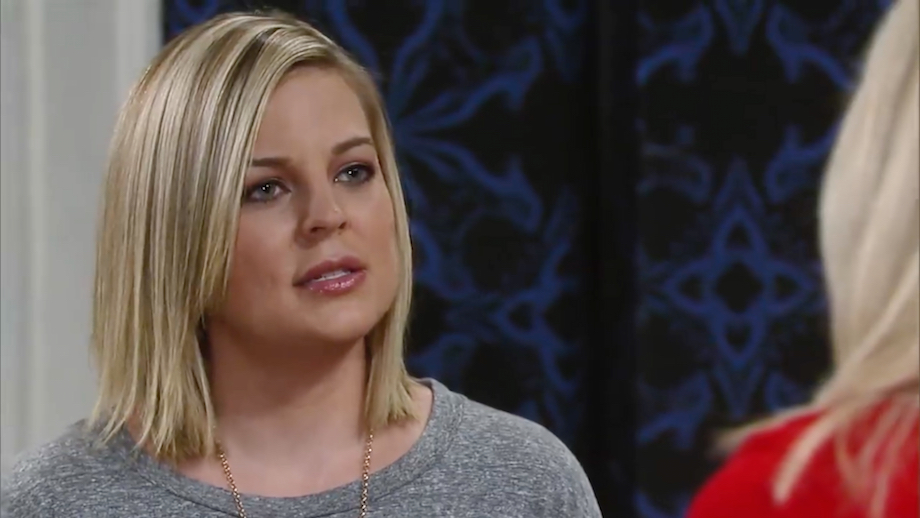 What is Maxie having second thoughts about now? (Photo Credit: ABC)

If Nelle thought that carrying Michael’s baby was going to be her ticket to Easy Street, she’s sorely mistaken! “I will not let you live off of me,” he warns her. But is Nelle hoping to use this baby to get Michael back or is she just after his money now? And is she really even pregnant or is this all just another big scam?

Griffin has fallen in love with Ava, but while he likes her daughter, Kiki, he has a big problem with her brother, Julian! And when Ava tries to get the two men in her life to make peace, Griffin isn’t having any of it! “You want me to play nice with the man who murdered my father?!” he asks, horrified. Is there any way that Griffin can ever forgive Julian?

Who Is Nathan’s Father?

The Most Surprising Casting Stories of 2017