Sam’s disease has been diagnosed, but can it be cured in these spoilers from GENERAL HOSPITAL? And will anyone locate Sonny before his time runs out?

In the hospital, Sam has regained consciousness but is still having terrible hallucinations because of her brain infection. Seeing a vision of Sonny in her room, she frantically grabs Jason begging him to see it, too. “Jason, turn around!” she cries. “He’s right behind you!” Outside in the waiting area, Alexis sits with Finn and Griffin, her frustration growing. “I need to see my daughter,” she insists. “And I need to see her now.”

Scotty has a meeting with Julian and shares some good news with the guy about his upcoming trial. “I actually think we might win this thing,” he declares. But should Julian really get his hopes up or should he prepare to spend some time behind bars? 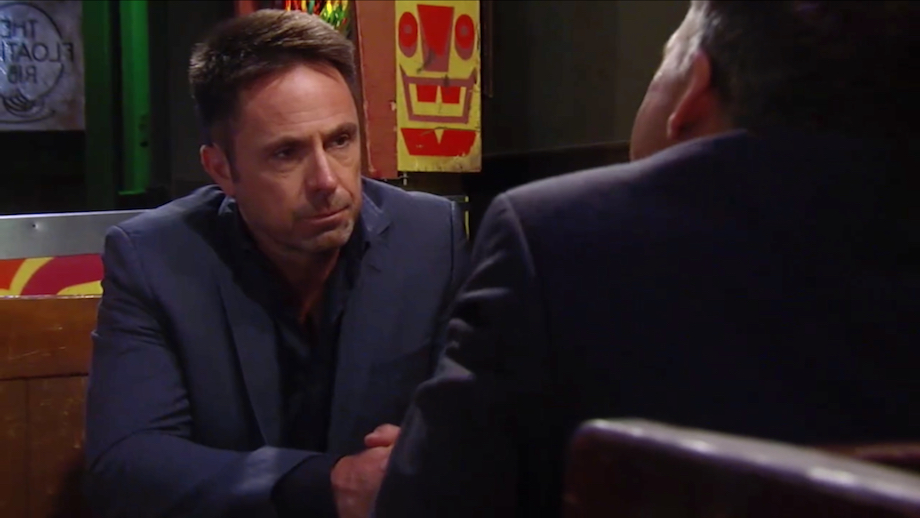 Are things looking up for Julian? (Photo Credit: ABC)

In the parking garage, Garvey is in the process of abducting Liz to force her to tend to the gunshot wound Sonny gave him, but then Carly comes across them and recognizes the criminal from when he attacked them in Puerto Rico! Held tightly by Garvey, Liz begs Carly not to do anything foolish, but the blonde stands her ground. “Where’s Sonny?” she demands to know. Josslyn and Oscar are wandering around the distillery when they hear a sudden noise and wonder what it is. Still in the pit but now hidden from view by the boards that Garvey put in place, Sonny’s condition worsens, and he keeps repeating to himself: “Don’t go to sleep… don’t go to sleep…” Will the teens stumble upon the wounded mobster in time?

Bradford Anderson Back on Set With Kirsten Storms!