Jason took the stand in Carly’s trial as a witness for the defense, but in these GENERAL HOSPITAL spoilers, he may end up doing what the prosecution wants! Will he go back on his word and betray Carly’s trust in him?

D.A. Dawson approaches the stand as she asks Jason to confirm that he is one of the closest people to Carly other than her husband, Sonny, and knows her better than anyone else. When Jason nods and confirms their bond, Margaux presents the question that puts him between a rock and a hard place. “Mr. Morgan,” she asks, “can you swear, in this court of law, that your best friend, Carly Corinthos, was insane when she assaulted Nelle Benson?”

Jason sighs and responds: “I can’t answer that.” Unphased, the district attorney wonders if he can’t answer, or if he won’t answer. As she demands a simple yes or no response, Jason glances furtively over at his best friend staring back at him, urging him to do as she asked. 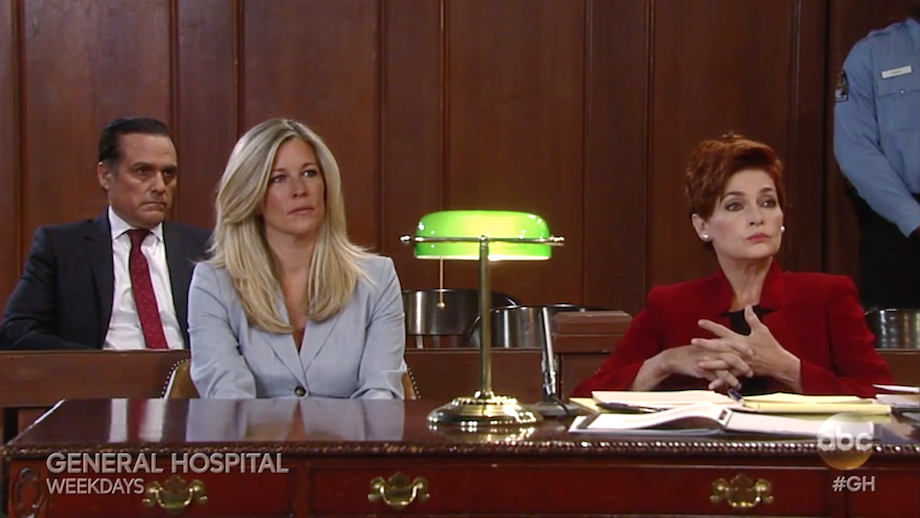 Jason looks away as he recalls visiting Carly in prison where she informed him that she was sticking with her insanity defense, and begged him to go along with it. “Are you gonna back me?” she asked. Jason sighed and replied: “Always. Even when I know you’re wrong.”

Growing frustrated at Jason’s resistance, Margaux calls on the judge, who orders the witness to answer the question asked of him. But will Jason go along with Carly’s plan to plead insanity or will he decide to tell the truth?

Check out this special preview clip of today’s dramatic episode, and for more GH previews, keep reading the ABC edition of Soaps In Depth magazine!