There’s good news and bad news in these GENERAL HOSPITAL spoilers. Obrecht warns Britt not to betray her father, Kiki gets bad news about Dillon, Stella shares her problem with Curtis, and Jason has an update for Sam and Drew!

Britt is still a guest of the Port Charles Police Department, and as she sits in the interrogation room, Obrecht issues her daughter a warning. “Don’t even think of betraying Cesar,” she hisses. But does Britt even know anything about Faison that could help the authorities track him down?

Griffin is surprised when he comes across a very upset Kiki, and asks what’s wrong. “Dillon can’t come home for Christmas,” she cries. Can Griffin help make Kiki’s holiday happier? And over at Kelly’s, Stella fills Curtis in on the latest. “We could be forced out,” she informs her son. Is there anything he can do to help? 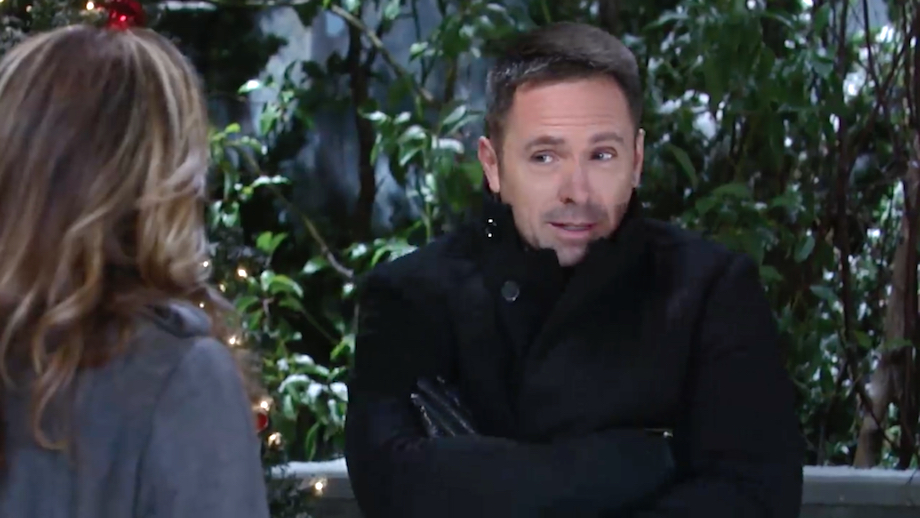 At the Jerome art gallery, Ava is happy to see Jordan, and wants to thank her. “You were a real friend to me when I needed one,” Ava confesses. Is the vixen really turning over a new leaf? Meanwhile, Julian continues to try and put things right, especially with Alexis. “If you hadn’t run off so quickly,” he tells her in the park, “I would’ve told you the good news.” But does she want to stick around long enough to listen to him say anything?

Since Jason’s return, Sam has found herself torn between her feelings for him and Drew, and now Jason pops by their apartment with some news. “Someone wanna tell me what’s going on?” Sam asks as Jason looks upset. He’s been trying to figure out a way to help Drew to regain his lost memories, but has that plan hit a dead end? And does Jason really want to restore Drew’s past if it means he might lose Sam to him forever?

The Biggest Soap Casting Shockers of 2017