There are difficult conversations that need to be had in these spoilers from GENERAL HOSPITAL. Oscar must decide if he wants to know the truth, Michael doesn’t believe Nelle, Jake can’t handle what Liz and Drew tell him, and Sonny and Jason are after some answers. Will they get them?

Josslyn got a text alert that the results of Oscar’s DNA test were in, but the young man seems to be less enthusiastic about learning the truth than she is. “Don’t you wanna know if Drew Cain is your father?” she asks. Will knowing who is father is just make Oscar’s life more complicated?

After Michael told Nelle he was through with her and suggested she just get out of town, she cried that she couldn’t do that because she was carrying his baby! Unfazed by her tears, Michael dismisses her claim. “You’re not pregnant, Nelle,” he spits. “You’re desperate!” Is this just another one of her schemes, or might she actually have a bun in the oven? 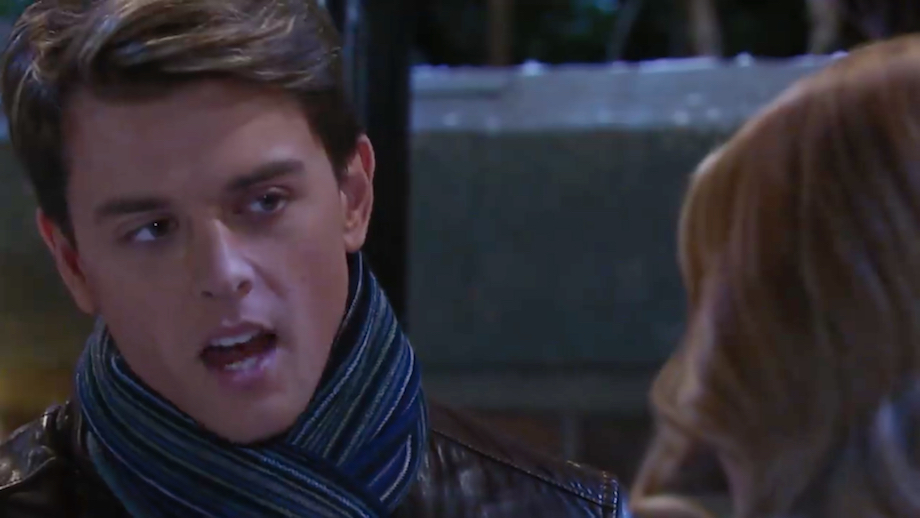 At the hospital, Carly runs into Kim, who fills her in on the latest news. “Drew was arrested this morning,” the OBGYN reports to a stunned Carly. Meanwhile, Franco runs into Sam, who still can’t accept that he’s a changed man. “You’re worried that Jason will tell Jake the truth about what you did to me,” she muses. But that’s just one of the many things Jason worries could destroy his future happiness with Liz!

Elsewhere in the park, Drew and Liz sit down with Jake to try to explain the complicated situation of the two Jasons. But learning that Drew isn’t actually his dad, and that Jason is back from the dead seems to be too much for the kid to handle. “That’s not right,” he cries. “You made a mistake.” Elsewhere, Sonny and Jason have burst into an apartment with their guns drawn to question a woman who insists: “I told you, I don’t know!” But as Sonny watches, Jason gets up in her face. “You know something!” he shouts. Will they find what they’re after?

Don’t miss this tease from today’s exciting episode, and for more GH previews, keep reading the ABC edition of Soaps In Depth magazine!

Who Is Nathan’s Father?