Patient Six is desperate to return home in these spoilers from GENERAL HOSPITAL. But will he get the help he needs to get back to his family in Port Charles?

Five years ago, Cesar Faison shot Jason and dumped him into the water at the docks (while wearing Duke Lavery’s face as a disguise), and because no body was ever found, some people insisted that he wasn’t really dead. “I know that Jason is alive,” Sam insisted constantly, knowing that she would feel it in her heart if her husband was truly gone. 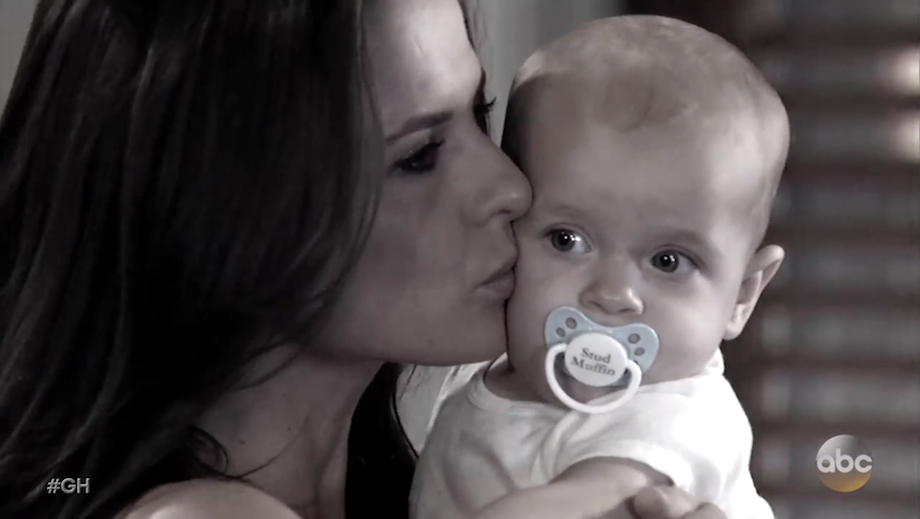 Jason’s family is waiting for him, even if they don’t realize it! (Photo Credit: ABC)

But what no one realized what that for all those years, he has been fighting to get back to his family in Port Charles. With Ava’s help, the mysterious Patient Six has been able to free himself from his restraints at the Russian clinic where he was being held, but he’s not out of the woods yet. “I need to go home,” he declares. Griffin, in Russia to help Ava, doesn’t recognize the face on the man he lent a cell phone to, but that act of kindness could be the key to helping Jason return to his loved ones.

Of course, if this is the real Jason Morgan who was presumed dead and kept prisoner all these years, then who is the man that married Sam and fathered her baby? As Jason struggles to escape Russia, back in Port Charles, Franco is looking for answers about his own past which could be the key to the mystery of the two Jasons. Is Sam really married to Jason’s twin brother, Drew? Or is there another twist to this tale yet to come?

Check out this tease for what’s coming up, and for more GH previews, keep reading the ABC edition of Soaps In Depth magazine!

Kirsten Storms Opens Up About Her Struggle With Depression