Multiple lives are at a crossroads in these GENERAL HOSPITAL spoilers, and what these people choose to do next will change their futures forever! Kiki feels trapped, Nina drops a bomb on Obrecht, Peter strikes a deal with Drew, and Kim begs Jason to listen.

Kiki has finally told someone about how Dr. Bensch has been treating her, and Liz is quick to remind her that she is the victim here. “Dr. Bensch is harassing you,” Liz reminds her. But can she convince Kiki to stop hiding and fight back?

Lucas and Brad are still going through with their plan to adopt a baby, but as he sits down with Julian at Charlie’s Pub, Lucas reminds his father that there are still obstacles. “This is far from a done deal,” he cautions. Could a reformed Julian be a part of his grandchild’s life? 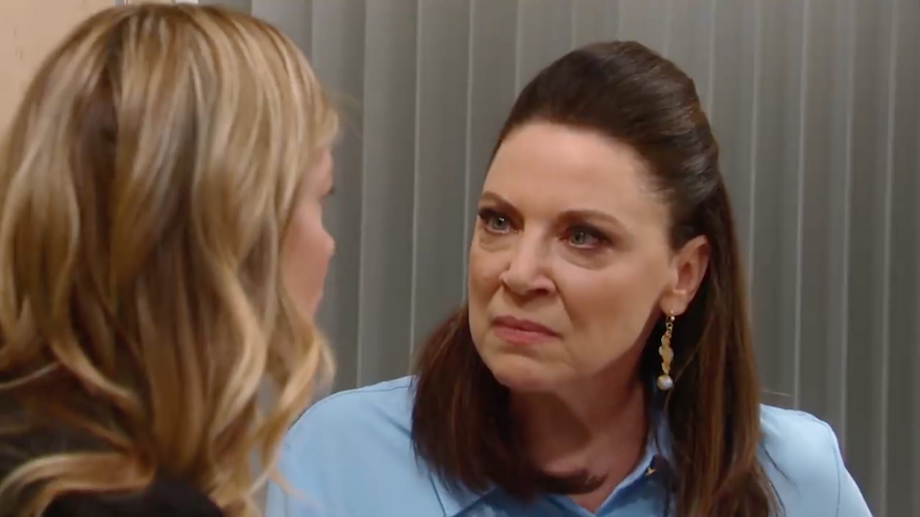 Nina sits Dr. Obrecht down at the hospital to reveal the shocking truth about Cesar Faison’s other son. “Peter is really Henrik Faison,” Nina blurts out to a grim-faced Obrecht. How will the doctor react to this news? Might she seek revenge against Peter for his role in Nathan’s death?

Alexis is startled to open her door to Valentin. “Hello, Natasha,” he says grimly. Is he using her Cassadine name to try and rope her into some family drama? Or is he just looking for someone to be on his side?

Drew couldn’t resist Peter’s call to see him in his jail cell at the PCPD, and agrees to listen to his offer. “I have a copy of your memories,” Peter reports. “And it’s yours… for a price.” Meanwhile, Sam gets an offer of her own from Curtis. “You need to look no further,” he proclaims, “and partner up with me.” The two would make quite the investigative team! And a worried Kim seeks assistance from Jason, of all people. “Please hear me out,” she begs. Is she worried about Drew’s attempts to regain his memories? And what does she want from Jason?

Jeffrey Vincent Parise Cut His Hair and Shaved for a New Role and Is Almost Unrecognizable!

Kirsten Storms and Her Boyfriend Are so Cute Together