The citizens of Port Charles are trying to take control of their futures in these spoilers from GENERAL HOSPITAL, but not all of them will be successful! Nelle probably won’t have any luck finding a new job, and Julian is still stuck behind bars, but it’s Valentin who could find himself in the most trouble!

Amy is worried about her brother, insisting that Chet come and stay with her when he is released from the hospital. But with the Army vet resisting everyone’s attempts to help him, she’s growing increasingly frustrated. Thankfully, Amy has a good friend like Nathan to offer some support. “You have to take your own advice,” the cop urges her. But will she listen?

Elsewhere at the hospital, Nelle is desperately trying to sell herself to Laura. “The GH Daycare Center is the right place for me,” the young woman declares confidently. But given how many lies Nelle has told since arriving in Port Charles, will Laura even consider giving her a job? (Especially taking care of impressionable children?) 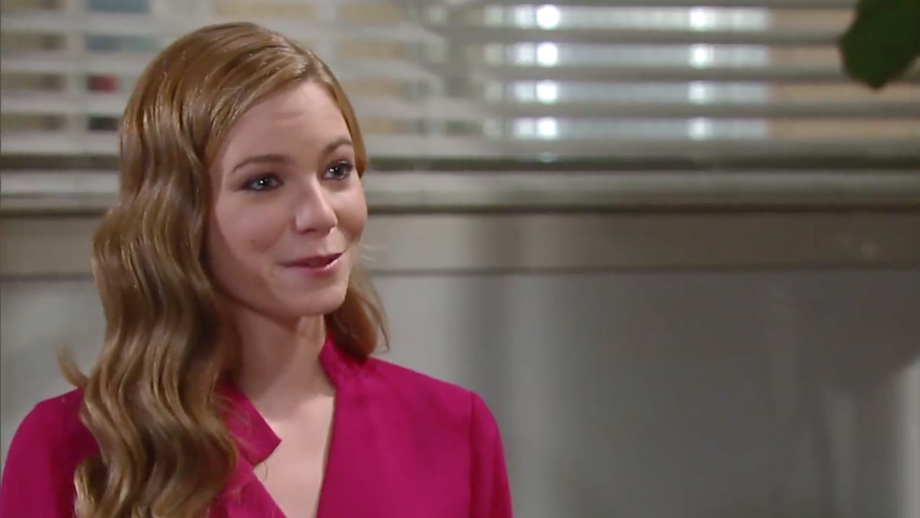 Would you hire this woman? (Photo Credit: ABC)

Maxie was there to help boost Lulu’s confidence when she was worried about what to do with her life, and now it looks like she was successful in her efforts! “I have great news, Maxie,” ‘Lulu announces happily.

Julian is more than ready to get out of jail, but it’s not going to be easy. “We’re gonna need a miracle to get you out of here,” Scott warns the guy. But Julian may have already arranged for just such a miracle by inspiring Alexis to save him. She’s over at Wyndemere paying a visit to Valentin, who asks what she’s after. Does he hold the key to helping her get Julian released from prison?

Valentin has his own problems to worry about, though, because after he came clean to Nina about working with Anna to help bring down Cassandra, Nina has decided to confront the drug pusher herself! Sitting down opposite her at the Metro Court, Nina warns: “I know you lied to me.” Will Nina spoil Anna’s efforts to bring Cassandra to justice?

Vanessa Marcil Is Pregnant With Her Second Child!