There are truths that need to be told on GENERAL HOSPITAL, but in these spoilers, it seems that not everyone is ready to hear it! Stella has big news, Nathan has bad news, Griffin has a confession, and Carly has a plan!

Curtis and Jordan are startled when his Aunt Stella enters the apartment with an announcement. “I have some news,” she teases, “I’m sure you’ll find interesting.” She once promised to stop interfering in Curtis’ relationship with Jordan, but is this her way of getting around that promise by causing trouble indirectly?

Nathan is in some trouble of his own as he confesses to Maxie when she comes to visit him at the police station where his desk is completely covered in gift baskets and presents. “My days as a full-time detective might be over, Max,” he admits. Has Man Landers ruined his job, or is he considering making a career change? 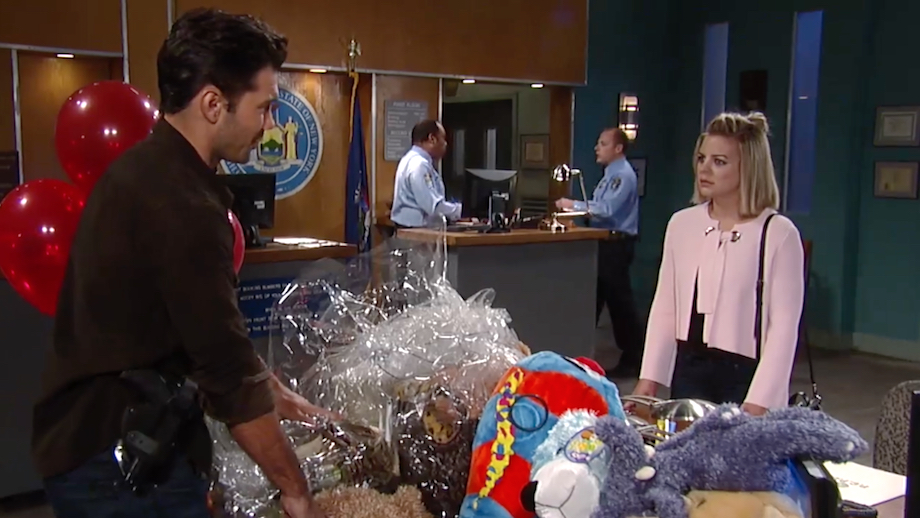 On the plane getting ready to leave Russia, Ava is grateful for Griffin helping her escape from the shady clinic but surprised by his timely rescue plan. “I wanted to apologize,” he explains of his unexpected arrival, “but that is not the only reason I came to find you.” Will Griffin actually confess to Ava that he’s developing feelings for her?

At the Metro Court, Carly sits down with Sonny and Brick to ask the surveillance expert for his help. “I have a job that requires your expertise,” she insists. While it’s likely that she’s going to use Brick to spy on Nelle to protect Michael, Carly might also want to learn a bit more about her other child’s romantic partner. Because even Josslyn is urging Oscar to investigate his mysterious past. “Wouldn’t you like to know who your father is?” she asks her boyfriend. Could his dad be someone in Port Charles? Maybe someone he’s already met?

Kirsten Storms Opens Up About Her Struggle With Depression