There are roadblocks popping up all over in these spoilers from GENERAL HOSPITAL, and not just in Port Charles. Patient Six’s plan to get home to his family has hit a major snag!

Ava was grateful to Griffin for rescuing her from the clinic in Russia, but now that they’re back home, things have taken a turn for the pair. “Our business is concluded,” she declares, fighting back tears. As she storms off, Griffin turns to watch her go. Will he try to stop her?

Over at Wyndemere, Nina is shocked to learn what happened to Valentin while she was out. “When were you going to tell me Laura threatened to shoot you?” she asks, stunned. Is Valentin just trying to protect Nina from his unsavory past, or are there other things he’s keeping from her? 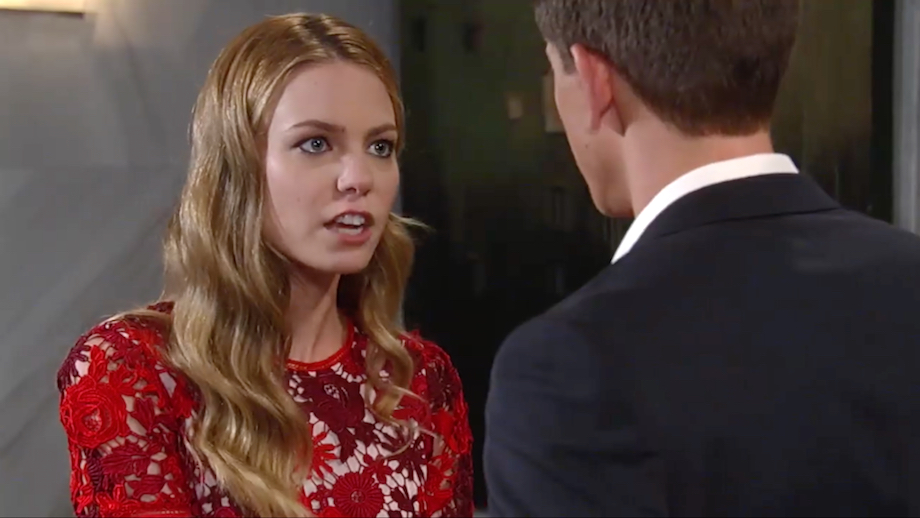 Sonny has tried to advise Carly to back off and stop meddling in her kids’ lives so much, and it seems like she’s beginning to agree with him. “I’m afraid that by trying to warn Michael away from Nelle,” she admits, “I’ve played right into her hands.” But Carly may not have to worry about her son’s relationship for much longer because he and Nelle are having another spat! Over at Crimson, Nelle is trying to get some work done and Michel isn’t helping. “I don’t appreciate you judging me!” she yells angrily.

Jason is home from the hospital and clearly feeling a lot better because he and Sam are making out and getting frisky in bed! However, Sam may not actually be sleeping with the man she originally fell in love with, because that could be over in Russia desperate to get home to her! Patient Six, the man with Jason’s original face, sits on the floor of a hallway after being attacked and glares at a man who demands to know: “Who the hell are you?!” Hey, that’s the million dollar question a lot of people would like the answer to!