Questions are asked in these spoilers from GENERAL HOSPITAL, but will people get the answers they’re looking for? Franco has a proposal for Liz, Lulu and Maxie confront Nelle, Oscar could be in trouble, and Sam asks Jason to do her a huge favor! Will he agree?

Franco was about to tell Liz the truth about hiding the evidence proving Jason and Drew’s identities when she shocked him by asking him to marry her. And now he decides to make that official by doing it properly. “Elizabeth Imogen Webber,” he says, getting down on one knee and producing a ring. “Will you marry me?” Obviously, her answer will be yes, but will that change once she learns how he hid the truth from everyone? 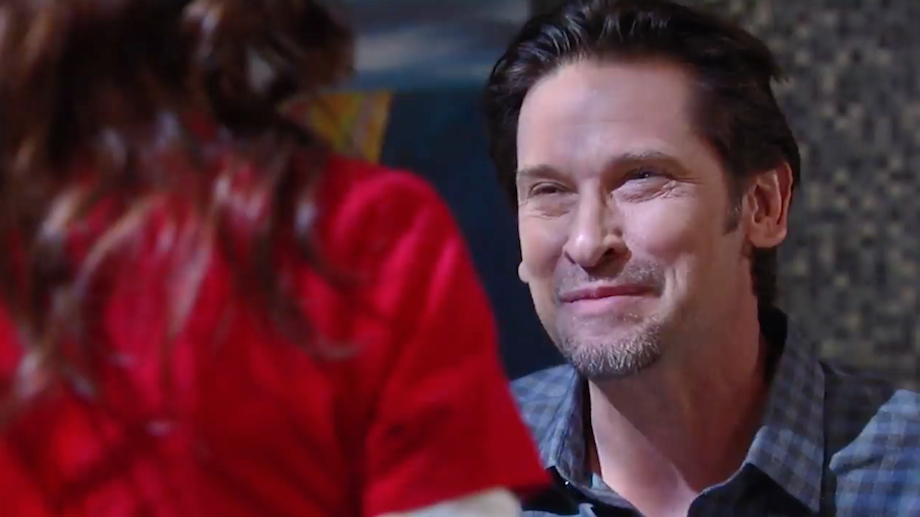 Will Franco and Liz even make it to the altar? (Photo Credit: ABC)

Running into Michael and Nelle, Maxie and Lulu reveal that they broke into the offices of The Invader. “What were you trying to find?” Michael asks. Nelle looks nervous as Lulu glares at her and replies: “The identity of the person who outed ‘Ask Man Landers.’” Uh oh! And just as it looked like Nelle was starting to make progress in convincing Michael she isn’t all bad!

Josslyn may not be his biological daughter, but Sonny still acts like a protective father, and questions Oscar about his intentions. “Why did you and Josslyn sneak out on Thanksgiving?” he asks. Will Oscar confide the truth about the search for his father and the DNA test that he and Joss are running?

At the police station, Andre and Drew find themselves locked in adjoining cells, and things get awkward, to say the least! “You took away my life!” Drew growls angrily. Is there any way for Andre to give Drew back the memories he replaced with Jason’s? Meanwhile, although Sam has chosen to stand by her husband’s side, she is forced to turn to Jason. “I need you to help Drew,” she pleads. But after the way Drew has been acting, will Jason be willing to come to his brother’s aid?