People are second-guessing their decisions in these GENERAL HOSPITAL spoilers. Griffin feels guilty, Franco fears the worst, Nelle makes a move against Carly, and Sonny goes in search of his father. But will he like what he finds?

Doctors lose patients all the time, but this one is hurting Griffin to the core. “What if I could’ve done something more to help Nathan, and I didn’t?” he wonders to Liz at the nurses station. Can she find the words to ease his pain? Elsewhere in the hospital, Franco continues to seek help from Kevin. “I need to get away from them,” he confesses, “even if it breaks my heart.” Is he talking about leaving Liz and the kids?

Drew is determined to regain his lost memories, but Sam wishes he would just let them come back naturally and fears that his desperate searching will only lead to more trouble. “Why go chasing after something that might be too dangerous to use?” What kind of plan could he have that has Sam so worried for his safety? 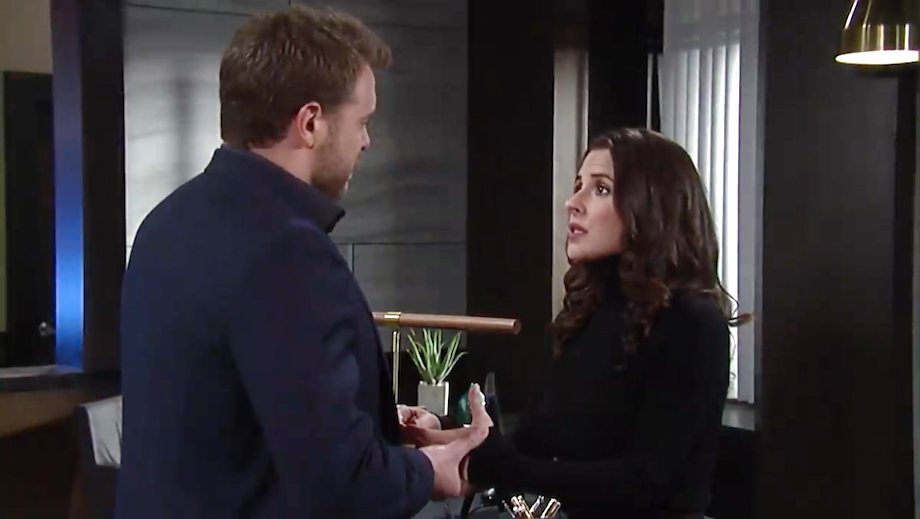 Sam worries Drew is in over his head! (Photo Credit: ABC)

After a bitter confrontation with Carly, Nelle complained to Ava, and the two women commiserated over their mutual dislike of Mrs. Corinthos. However, now, Nelle is feeling more confident about things. “Carly’s not going to be an issue for either of us anymore,” she reports to Ava. They’re going to have to tread very carefully if they plan to take on Carly! And meanwhile, Michael stops by the house to check on his mom, who updates her on her spat with his babymama. “What did Nelle do?” he asks her, irritated.

Having gotten a call about his father, Sonny decided to head to Brooklyn to see what kind of trouble the guy had gotten himself into this time. When he finally gets an answer at the apartment door, Sonny asks: “Mike Corbin live here?” Has Mike racked up more debts he needs his son’s help getting out of, or has he actually cleaned up his act this time and want to make good? Hopefully, Sonny won’t regret ignoring Carly’s request that he bring Jason along for protection!

“Carly’s not going to be an issue for either of us anymore.” #GH pic.twitter.com/NKiFc7mrss

Everything You Need to Know About Kevin’s Evil Twin, Ryan

Ryan Paevey Declares His GH Exit Is Permanent… “For Now”