Port Charles is coming together for Jason’s big launch party in these spoilers from GENERAL HOSPITAL, and with the truth about Andrew is about to be exposed, this is one event you will definitely want to RSVP for! Especially if both Jasons show up to the bash!

As everyone gathers at the Metro Court for Jason’s launch party, Molly approaches her mother with a word of warning. “No drama tonight, okay?” she cautions. But can Alexis keep that promise? Carly is absolutely stunned to see Ava attending the party on Griffin’s arm and immediately storms over to the pair. “What the hell are you doing here?” Carly demands. Can Ava convince her that she’s trying to turn over a new leaf?

With the deceptions continuing to pile up one on top of the other, Michael has had just about enough from Nelle. “Just stop lying!” he warns her. If she’s lying about something as simple as Broadway show tickets, who can tell if she’s been telling the truth about her time in a mental hospital or whether or not she really killed her fiancé? 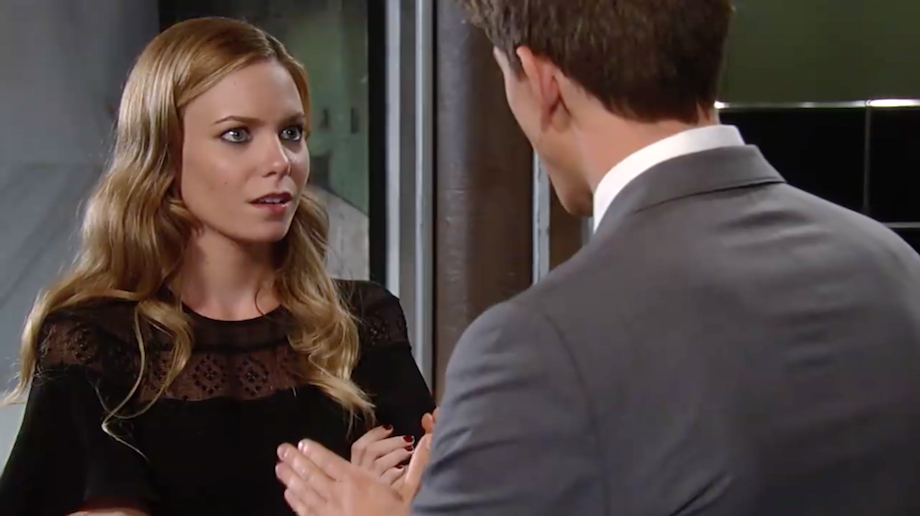 Does Nelle even know how to tell the truth? (Photo Credit: ABC)

After talking to Franco and then Liz, Andre warns Dr. Klein that their long-kept secret is in danger of being exposed. “Franco,” Andre reports, “he’s getting closer to the truth about Andrew!” And elsewhere in the hospital, Franco enters a room and informs someone “Andrew’s still alive.”

Meanwhile, the man everyone has believed to be Jason Morgan for the past two years is all dressed up for his launch party and telling Dante that his family means everything to him. “My wife, my kids,” he declares. “The most important thing in my life.” But are they really his? (Well, Scout is, at any rate!) And at the safe house, having convinced Sonny that he is the real Jason, the former Patient Six is shocked to learn some of the big events he’s missed in the past five years. “Sonny, he’s… he’s alive?!” he asks with tears in his eyes.

Tamara Braun Returns to GH, But Not as Carly!

The True Story of Jason Morgan’s Complicated Past!