Violence erupts in these spoilers from GENERAL HOSPITAL, and not everyone will make it out of the Metro Court alive! Jason and Sam’s launch party for Aurora Media got off to a good start, but when things take a deadly turn, it’s up to Sonny and the other Jason to come to the rescue!

Having recognized some of the wait staff at the party as the men who were working at the Russian clinic where he rescued Ava (and where Patient Six escaped from), Griffin approaches Dante. “There are two men here that are potential threats,” he warns. But it’s too late and the thugs realize they’ve been made, so they whip out their guns and order everyone to get down! Sam watches as Jason grabs one of the thugs and tackles him to the ground, knocking his weapon clear. Meanwhile, at the safe house, Sonny and the other Jason race into action! “Let’s go,” Sonny says, tucking his pistol in his holster. “Get your gun.” But as shots ring out at the Metro Court, they may already be too late!

Worried that Franco was getting too close to the truth about Andrew, Andre was given an envelope by Dr. Klein to pass on to the artist to throw him off the scent. “Now you know the truth,” Andre urges Franco, “and you can let it go.” But will Franco be so easily discouraged from solving this particular mystery? 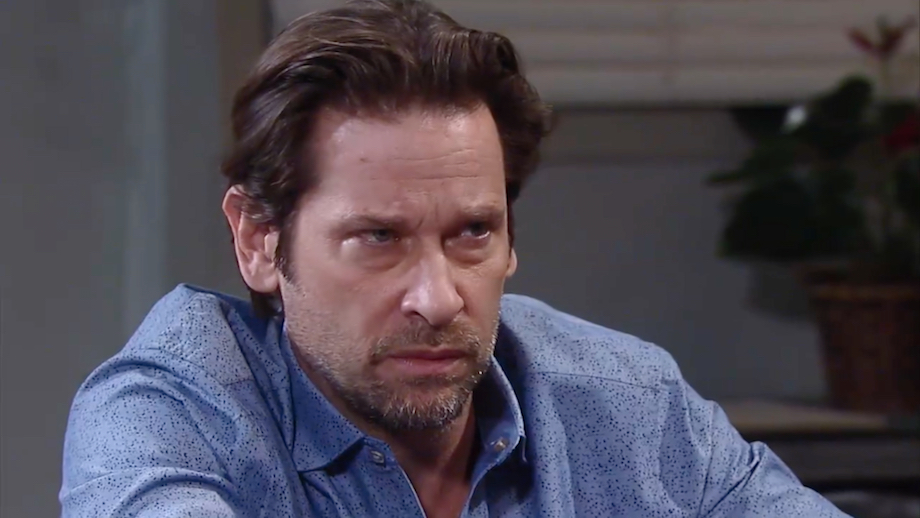 Will Franco swallow the lies Andre is feeding him? (Photo Credit: ABC)

Finn and Anna join Mac and Felicia at The Floating Rib for dinner, and things naturally take an awkward turn. “I heard you were with someone else,” Mac asks a clearly uncomfortable Finn. Will the doctor continue going along with Anna’s charade?

Out on the docks, Cassandra meets with Valentin in the dark. “I want the best,” she declares. “And only you will do.” The question is, what does she want with her old lover and partner-in-crime, and will Valentin agree to it? Or will he refuse to do anything that could jeopardize the happiness he’s building in Port Charles with Nina?

Tamara Braun Returns to GH, but Not as Carly!