The search for answers is going to be very difficult in these GENERAL HOSPITAL spoilers. Drew is desperate to recover his memories, everyone wants to know what’s up with Peter, and Nelle and Michael worry about the fate of their unborn baby.

The more time he spends with his son, Oscar, the more Drew wants to get his lost memories back. Unfortunately, that’s proving to be easier said than done as Andre gives the Navy SEAL some bad news. “There’s no way to restore your memories without that flash drive,” the doc admits.

Anna can’t seem to bring herself to admit her feelings for Finn, which has left him feeling adrift… and floating over towards Alexis. Although they’ve agreed to keep things casual, Finn decides to make a move. “Would you like to go with me?” he asks. Will Alexis be on the doctor’s arm for this year’s Nurses Ball? 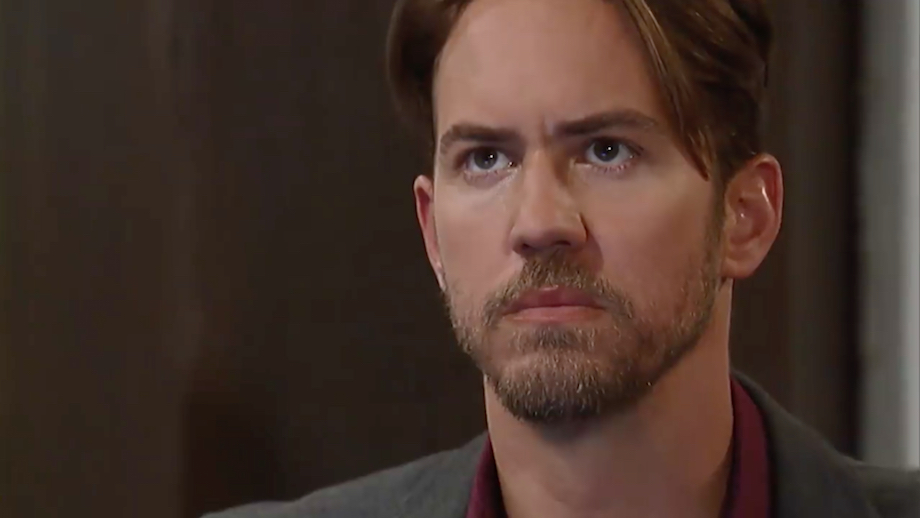 Peter doesn’t have a lot of friends in Port Charles! (Photo Credit: ABC)

Unaware that Anna has been texting Peter and warning him not to trust Valentin, the Cassadine can’t understand why he’s acting the way he is. After checking his phone, Valentin mutters: “Peter, what the hell is going on with you?” And in Peter’s office at Aurora Media, Griffin offers the guy a stern warning. “You need to get out of Port Charles while you still can,” he declares. But will Peter turn tail and run?

At the hospital, Michael is by Nelle’s side following her deadly fall down the Quartermaine staircase. And while Nelle is recovering, they’re not as sure about their unborn child. “Is our baby gonna be okay?” Nelle asks Kim. And over at the police station, Sonny and Jason have arrived to support Carly, who has been arrested for pushing Nelle down the stairs. Insisting that it was all a horrible accident, Carly maintains her innocence. “Nelle set me up!” she declares. But after Carly’s recent behavior, will Sonny or Jason believe her?

Kirsten Storms and Her Boyfriend Make Such a Cute Couple

Josh Swickard Likes the Idea of Pairing Chase and Kiki — How About You?

The Amazing Daytime Emmys Moments You Didn’t See on TV

Congratulations to TK Weaver on His Award Nomination!

Who Is Peter August? — Wes Ramsey Speaks Out (EXCLUSIVE)