On the heels of last year’s juggernaut ratings for Hallmark’s The Wedding March, the romantic film that reunited MELROSE PLACE stars Jack Wagner (ex-Frisco, GENERAL HOSPITAL; ex-Nick, THE BOLD & THE BEAUTIFUL) and Josie Bissett, comes the sequel that fans have been hoping for. And the news gets even better! “I’d developed the idea of what the next chapter would be like if the movie became a success,” Wagner confides, “and Hallmark decided to make a whole series of films for the Wedding March franchise.”

When the tale of 80s pop star Mick and his formerly estranged college sweetheart, Olivia, picks up with Wedding March 2: Resorting to Love on Saturday, June 17, at 9 p.m. ET, the two single parents have become partners in running a wedding resort. While they have differing ideas about how to run a business, their personal relationship might be more aligned. The irony? They’d reconnected in the previous film because Mick interrupted her wedding to someone else! “That’s been the real challenge,” Wagner explains, “collaborating on how these two unite but still can’t quite move forward.” 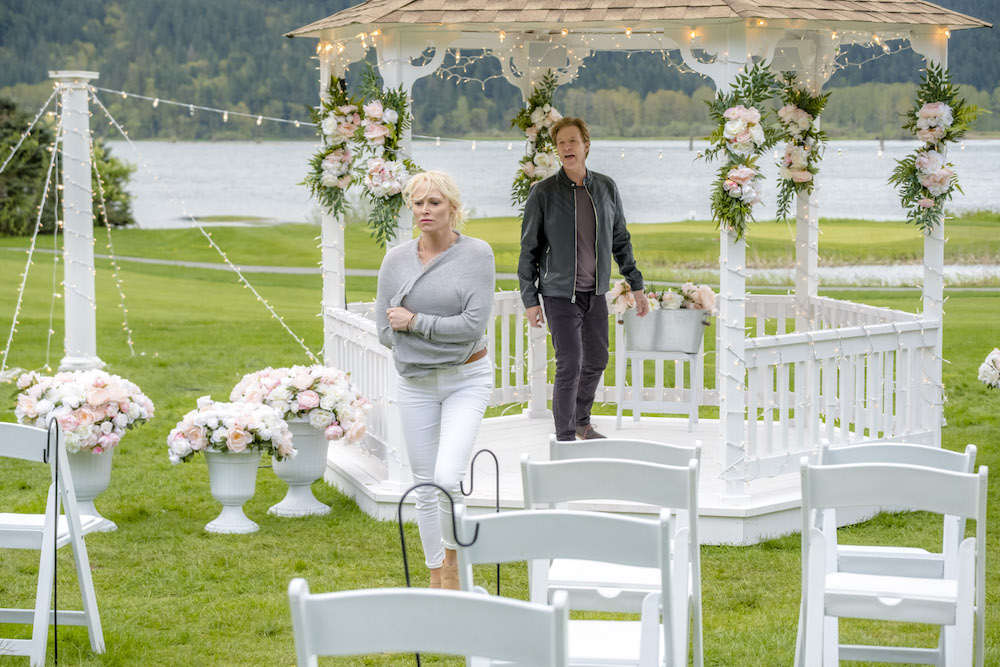 MUST SEE: Bryan Craig Shares a First Look at His New Movie!

Of course, music will play a huge part of all of the Wedding March films in the series, and Wagner has both pulled from his own catalog of material for it. “My character teaches a kids choir, and I really wanted him to be a bridge to not only storytelling but also connecting with an audience,” the singer/songwriter confides of the sweet voices that will contribute. “I think music is fulfilling — it’s a feel-good type of thing — and that’s how I’m producing it for these movies.”

Will Mick and Olivia be able to overcome the obstacles that seemingly work to keep them apart? Tune in to this next installment of their story to find out! For more about what Wagner has been working on, check out his Keeping Track feature in the new CBS issue of Soaps In Depth.

Go Behind the Scenes at Luke and Laura’s Iconic GH Wedding!