Actress Kristen Alderson got a real blast from the past and she decided to share it with her fans on Twitter! “My mom just came across my first ONE LIFE TO LIVE script!” she posted along with a photo of it. The child star made her first appearances as Starr Manning in some scenes at the community center with Roger Howarth’s Todd in the episode which taped on March 3 and aired on March 20, 1998.

My mom just came across my FIRST One Life To Love script!🙌 March 20th 1998 pic.twitter.com/gFrlK4moDF

In this episode, Blair was excited that she might be coming into some money because she wanted to fight Todd for custody of Starr. Meanwhile, Starr was attending a “Mommy and Me” program at the community center with Todd, turning it into a “Daddy and Me” event. Also, Viki was shocked to wake up after a night of drinking to find Clint in her bed! According to the script cover, blocking began at 10 in the morning, and then dress and taping started at 12:45. “Blocking is when the director first tells you when and where to move during the scene,” Alderson explained. “Dress is a rehearsal in costume.”

That’s one of the things that has changed the most about daytime dramas in the years since Alderson began her career. “There is definitely less rehearsal,” she tweeted, “and things move much faster on soaps now than they used to before.” 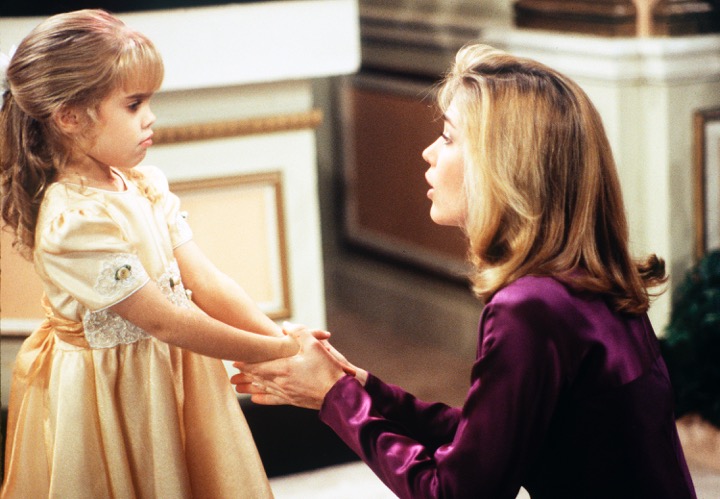 Alderson started on soaps when she was just a little girl! (Photo Credit: Ann Limongello/ABC)

More recently, fans of GENERAL HOSPITAL got to enjoy Alderson’s performances when she brought the character of Starr over to Port Charles in 2012 and then later began playing Kiki Jerome a year later. But OLTL fans watched the little girl grow up into a young woman on screen over the years. You can watch Alderson grow up before your eyes in this fun video!

Soap fans have been missing seeing Alderson on their screens, and while she’s said that she would love to go back to GH again (it would have to be as Starr, since Kiki is now being played by Hayley Erin!), they’ll just have to be satisfied by following the actress on social media!

For more on what your favorite OLTL stars are up to now, keep reading the ABC edition of Soaps In Depth.

Who Is Oscar Nero on GH?