On ONE LIFE TO LIVE, Jason-Shane Scott played the handsome and honorable Will Rappaport, but in the new movie Framed by My Fiancé, he’s playing the handsome and horrible Daniel! “Yeah, I think he’s probably the worst person I’ve played,” Scott admitted to Soaps In Depth. “Because he is literally willing to kill anybody in his way!”

The thriller, which premieres Friday, Nov. 24, at 8 p.m. ET on Lifetime Movies, stars Scott as a brilliant lawyer who proposes to his love, Jenny, played by 30 ROCK’s Katrina Bowden. Unfortunately, after they are in a bad car accident, Daniel decides to save his own career by placing his unconscious fiancé in the driver’s seat before the authorities arrive! Although the driver of the other car died and his wife miscarried their baby upon learning the tragic news, Daniel insists to his wife she won’t serve jail time because he has connections. He urges her to keep quiet because they need him to be able to keep his job so they can get married and have a family together, but she’s horrified and naturally leaves him.

“What happens from there,” Scott previewed, “because she won’t accept his idea, then basically he has to silence and get rid of people around him to make sure that nobody knows he’s been trying to do that. So yeah, things spiral for sure!

“As the story goes, it becomes quite action-packed for a Lifetime movie,” he added. “We have a lot of stunts and running through subways and cities. Katrina and I both did quite a bit of action on this and it’s always better if you can do your own. Why not? I try to stay in good shape, so you might as well put it to use, right?” 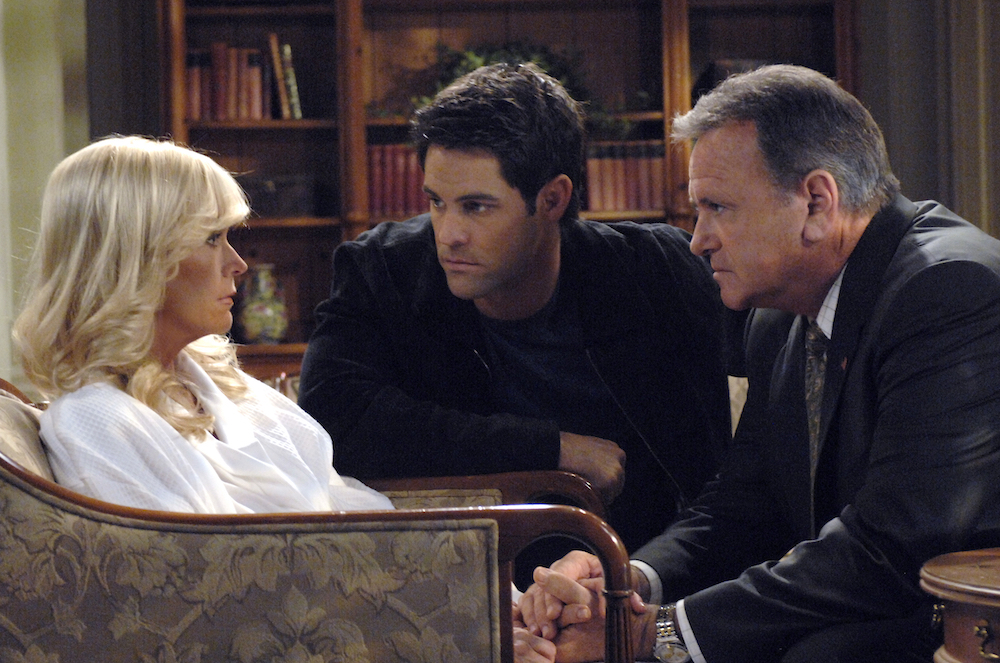 Scott with Catherine Hickland (Lindsay) and Robert S. Woods (Bo) in a scene from his brief 2007 return to OLTL. (Photo Credit: Donna Svennevik/ABC)

Scott enjoyed the challenge of putting himself in the mindset of such a devious character and hopes that fans will tune in to see a whole other side of him on screen. And although he was only on OLTL for a few years from 1998 to 2001, the actor is delighted to see that soap fans still remember him. “Somebody called me Will a couple days ago,” he confided. “It’s kind of funny. You’ll always have fans for life with them, for sure!”

Be sure to check out Framed by My Fiancé, premiering Friday, Nov. 24, at 8 p.m. ET on Lifetime Movies! And for more on what your favorite OLTL stars are up to now, keep reading the ABC edition of Soaps In Depth!

Kristen Alderson Reunited With Her OLTL Family at THE CHEW