Brady is convinced that his brother, Eric, is having an affair with Nicole, but in these spoilers from DAYS OF OUR LIVES, he discovers something even worse! But is Eric really the guilty party?

Desperate to prove his suspicions, Brady tears apart Eric’s room looking for evidence that he and Nicole are sleeping together. But a she turns the place upside down, he discovers something even more shocking — the amulet that could point to Deimos’ murderer! “You sleep with Nicole and kill Deimos all in one night?” Brady marvels as he holds the “cursed” jewelry in his hands. But could Eric really be a murderer? Even doped up on Halo? 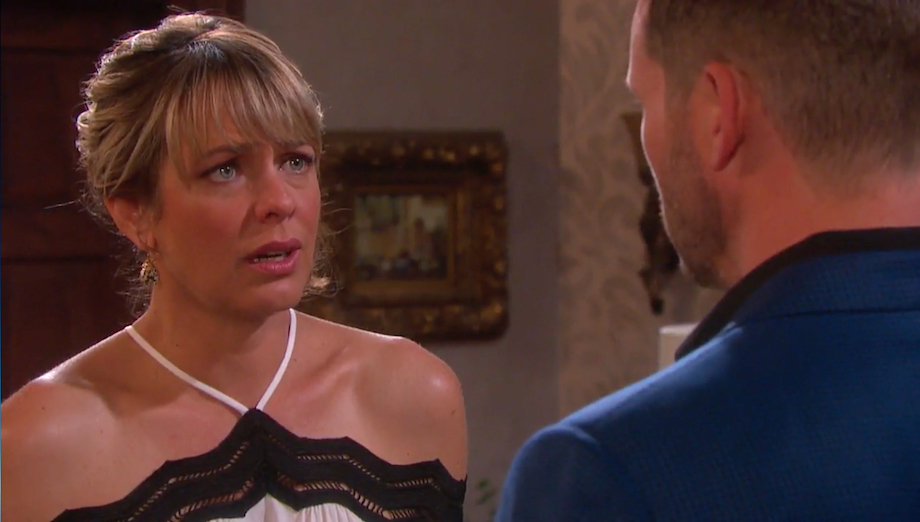 When Brady goes to Nicole with his suspicions and shows her his evidence to declare, “Eric killed Deimos,” she is horrified. But not because she believes Eric is guilty of the crime! “Oh God, no,” Nicole mutters as she takes the amulet from Brady with tears stinging her eyes. Seeing that she’s clearly remembering something from the night of the murder when they were all drugged out of their minds, Brady asks: “What’s wrong?”

Don’t miss this tease for the shocking week to come, and for more DAYS previews, keep reading Soaps In Depth magazine!

Everything You Need to Know About Deidre Hall’s Real-Life Twin Sister!