Dario’s blackmail of Abigail takes a shocking turn in these spoilers for the upcoming week on DAYS OF OUR LIVES! When Chad gets involved to try and help Abigail out of this sticky situation, will he pay with his life?

Abigail was furious to learn that Dario tricked her into becoming his wife, and even more so now that he’s forcing her to stay in their loveless marriage by threatening to release a photo that would seem to prove that Chad killed Deimos. “Your babydaddy killed someone,” Dario reminds her. “You’re either coming with me or Chad goes in the joint.” But how far is Abigail willing to go to keep Chad from going to prison?

MUST SEE: Brandon Beemer and Martha Madison Back as Shawn and Belle! 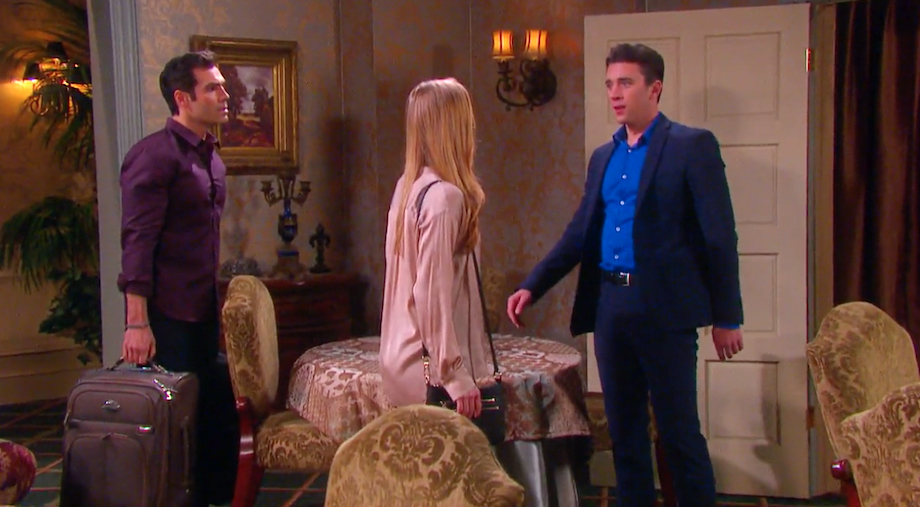 But as Deimos and Abigail pack their bags to leave Salem together, Chad interrupts. Finding a moment alone with his ex, Chad attempts to get to the bottom of what’s really going on between her and Dario. “Why are you doing this?” he asks. With tears in her eyes, Abigail cries, “I’m doing it for you!”

Confronting Dario outdoors, things get physical as Chad shoves his rival violently. But as a light hits them, Dario suddenly dives for cover and Chad turns to look over his shoulder. Abigail screams Chad’s name as a car barrels straight for him! Knowing full well that Abigail still has feelings for Chad, has Dario plotted to eliminate him from their lives… permanently?

Everything You Need to Know About DAYS’ Bonnie Lockhart!