Ben may claim he’s reformed, but in these DAYS OF OUR LIVES spoilers, his murderous past catches up to him… and this time he might be the one who ends up dead!

Eve was absolutely devastated when her daughter, Paige, was murdered by the Necktie Killer, and when Ben Weston was finally exposed and brought to justice, she thought she could rest easy knowing her murderer was safely locked away. But now he’s out, and claiming to be cured of the delusions that durned him into a crazed serial killer! Hope isn’t convinced he’s completely sane now and blames him for nearly killing her own daughter, Ciara, but Ben continues to walk around Salem a free man. And it’s in the park where Eve stumbles upon her daughter’s killer and her world shatters. 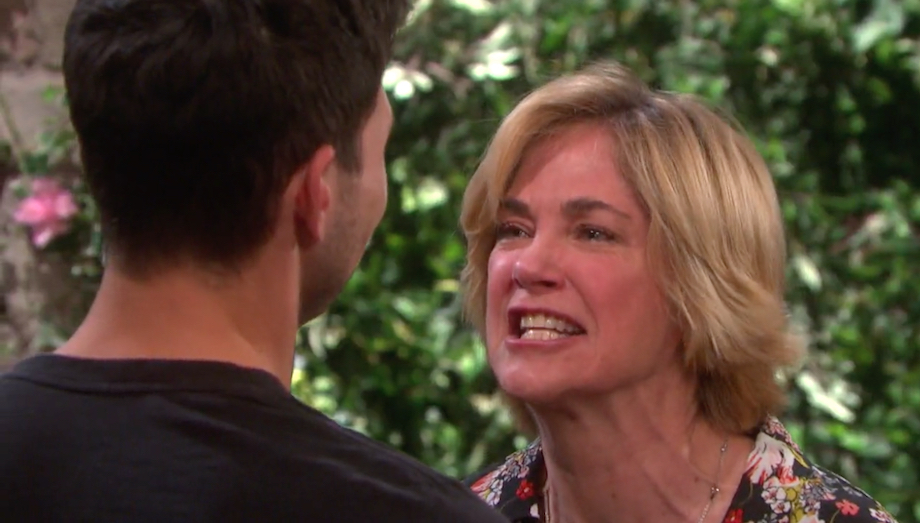 Ben continues to protest that he’s better now, and no longer hears the voices that once told him to kill. But he knows what he did and understands how difficult it is for the loved ones of his victims to see him again. So he stands there and takes it as Eve unleashes her pent-up fury at him. “I want you to tell me,” she cries, “how you did it!” And as Ben lays on the ground with Eve straddling his chest with her hands tightly wrapped around his throat, she promises: “You’re not gonna leave this park alive.”

Can anyone stop Eve before she does something she’ll regret? And is Ben truly cured? Don’t miss this tease for the emotional week to come, and for more DAYS previews, keep reading Soaps In Depth magazine!