Since getting out of prison, Gabi has been trying to put her life back together, but in these DAYS OF OUR LIVES spoilers, she goes about it in a very nasty way — taking revenge by switching the results of Abigail’s paternity test! This is going to turn Salem upside down!

Even though Abigail has merged all of her alternate personalities and is better, Gabi still blames her for framing her for Andre’s murder and landing her behind bars. And now that she’s out, Gabi is struggling to reconnect with her daughter, Arianna, and she just learned that due to the injuries she suffered in prison, she may not be able to have another baby. So she decides to take her revenge by targeting Abigail’s unborn child. As soon as she found out she was pregnant, Abi worried that it could be Stefan’s child since she slept with him while acting as one of her alters. So Gabi takes it upon herself to switch the results and present them to Stefan. 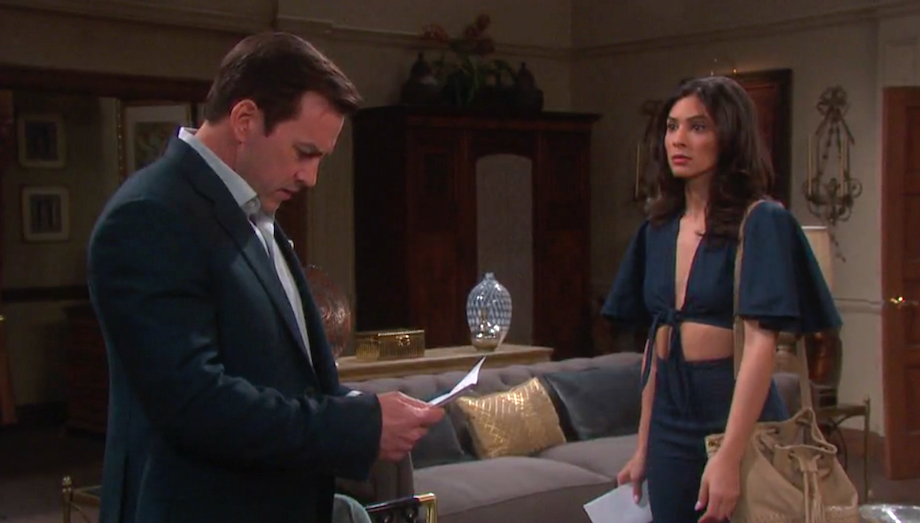 “Abigail’s pregnant?” he asks, surprised. Then looking at the papers Gabi has presented him with, he gasps, “I’m the father?!” Gabi smiles as she sips a drink at the bar later and predicts: “All hell is gonna break loose.” And she is proven right when Stefan and Chad come face to face at Doug’s Place and the two rivals come to blows! Chloe can only watch helplessly from behind the bar as the guys duke it out. How ugly is this going to get before the truth is eventually revealed? Well, if Gabi has her way, the truth will never come out!

Check out this tease for the exciting week to come and for more DAYS previews, keep reading Soaps In Depth magazine!

What Happened to Leo on DAYS?