Lucas may have thought his life was falling apart, but in these spoilers from DAYS OF OUR LIVES, things take a turn for the worse! Falling off the wagon was bad enough, but now he’s terrified to think that he could be a murderer! Will Lucas survive the week that’s coming up?

When Adrienne broke up with him, Lucas was absolutely devastated, not realizing that it was actually Bonnie impersonating her look-alike. This sent the alcoholic sailing off the wagon and he hit rock bottom pretty hard. After boozing it up all over Salem, Lucas wound up in bed with Bonnie, who really wanted a roll in the hay with the hunk. But when he wakes up with a pounding hangover, he is shocked to find that the woman in bed with him is not the woman he thinks is Adrienne, but Angelica — and she’s dead! 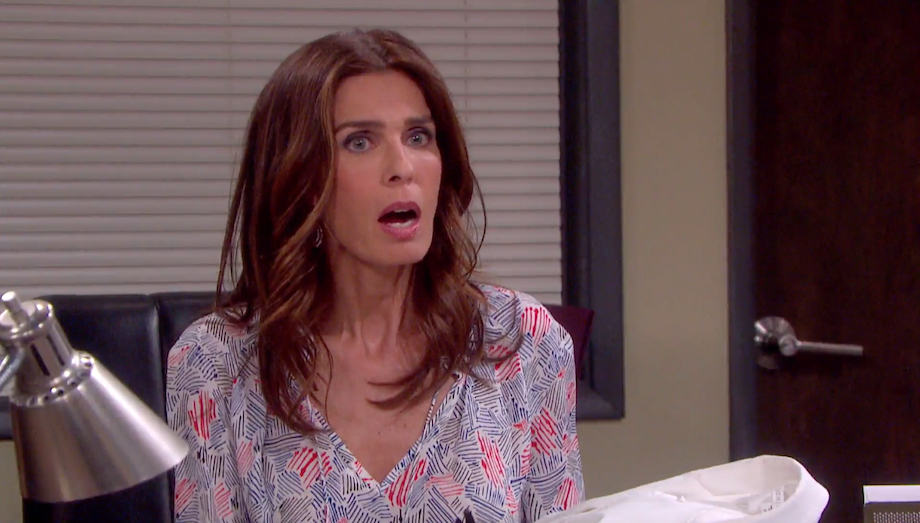 MUST SEE: James Lastovic Shares a Heartfelt Farewell to DAYS

But Lucas’ nightmare is only just beginning. What he doesn’t realize is that after Angelica dropped dead during a struggle, Bonnie and Hattie planted her corpse in his bed. And now, believing he’s responsible for Angelica’s demise, Lucas once again returns to the bottle. At the Salem police station, Hope’s jaw drops when Rafe reveals that they ID’d the body found in the hotel as Angelica Deveraux. How long before the cops manage to tie Lucas to her death? Might Bonnie have second thoughts about destroying his life and come clean? It doesn’t look good for the poor guy!

Tyler Christopher Reunites With His GH Dad on the DAYS Set!