Amid all the drama of Gabi’s trial, eagle-eyed viewers will have noticed a familiar face presiding over the whole thing — actor James Eckhouse is back on DAYS OF OUR LIVES playing Judge Sims again!

The character actor is best known for his role as Brenda and Brandon’s father, Jim Walsh, on the classic FOX teen drama BEVERLY HILLS, 90210, which he played from 1990 until 1998. He has also made appearances in other primetime shows like ONCE AND AGAIN, JUDGING AMY, LAS VEGAS, and CSI: CRIME SCENE INVESTIGATION as well as movies like Junior, Big, and The Avengers. And DAYS isn’t Eckhouse’s first appearance in daytime, because the very first credit on his IMDb page is a 1982 episode of NBC soap ANOTHER WORLD where he played “Costume Clerk!” 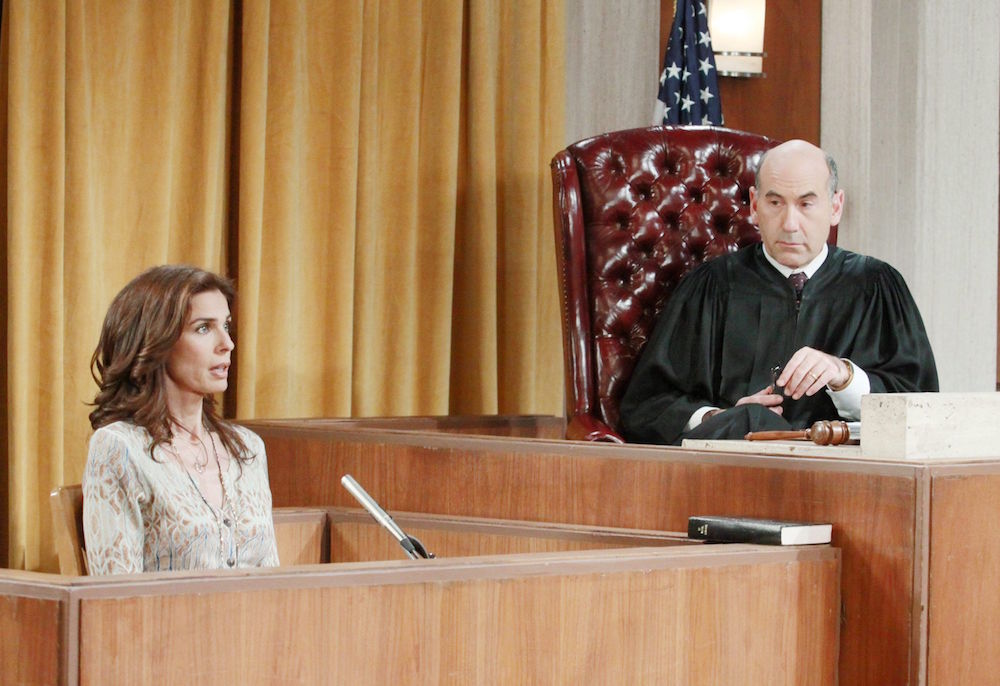 Eckhouse first appeared as a judge on DAYS back in July of 2013 and continued to recur throughout the summer as Sami went on trial for shooting a man who had attempted to stab Rafe. It looked bad because the guy was a police officer, but it later turned out that he had been working for Stefano DiMera!

Now, with Gabi on trial for the murder of Andre DiMera, there is plenty of shocking twists and turns to come as more people take the stand and more secrets are revealed. But can anything really top Lani’s tearful confession that she slept with Eli? Let’s just say you’re definitely going to want to stay tuned as this trial continues and Eckhouse’s Judge Sims is tasked with keeping order in the court. Good luck with that one!

All the Nominees in the 2018 Daytime Emmy Awards

Alison Sweeney Coming Back to DAYS

Who Is Eve Donovan on DAYS?