Daytime alum Carrie Genzel (Skye, ALL MY CHILDREN) is playing the First Lady in the new family film Max 2: White House Hero, premiering Tuesday, May 9, on digital and Tuesday, May 23, on Blu-ray and DVD!

In this sequel to the 2015 movie Max, the hero dog returns to action serving on the president’s Secret Service detail. RIVERDALE’s Lochlyn Monro plays President Bennett and Genzel plays his wife, Maureen. “She’s a mom that’s very concerned about her son who’s having to make a lot of adjustments, like having a security detail around him all the time,” the actress tells Soaps In Depth. “He really finds his own way by bonding with Max. They become fast friends and all kinds of adventures happen because there’s a threat to the first family and Max comes in to save the day!”

Genzel admits that while she had encountered Monro at auditions and different places, they had never actually worked together on a project. “We had a blast together,” she reports. “He’s such a great guy. There’s a reason why he works so much. He’s a really genuinely nice, great person who’s also very talented. It was great to have him as my co-parent and partner in crime in this.” 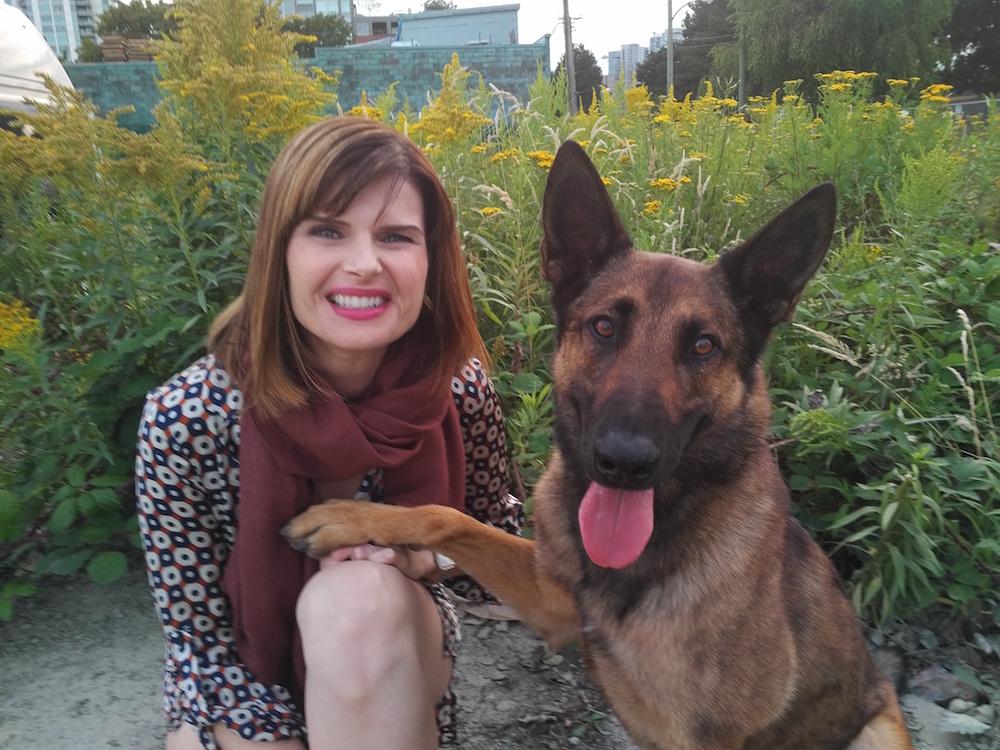 The old show biz saying goes that you should never work with children or animals, and Genzel reveals that this was the first time she worked extensively with a pooch. “I think the last time was on AMC,” she recalls. “Trevor and I had a dog and I had to do a scene one time where the dog was following me. I’ve never really worked with dogs. There’s been dogs on set, but I haven’t had to be in scenes with them doing tricks or with action.”

And Max is definitely a man — sorry, dog — of action! “It’s crazy all the things that Max does in this movie,” Genzel marvels. “He’s totally an action hero. He’s no Lassie. He’s more like Jason Bourne!”

You can check out a preview of Max 2: White House Hero right here, and then you can watch the movie with your family when it releases later in the month!

MUST SEE: Kelly Ripa’s Changing Hairstyles Over the Years!

For more on what your favorite AMC stars are doing now, keep reading the ABC edition of Soaps In Depth magazine!