While most fans love seeing Paevey’s GH character in as little clothing as possible, you have to admit he’s looking quite dashing in the newly-released poster for the upcoming Hallmark Channel movie Unleashing Mr. Darcy!

The film is a modern day spin on Pride & Prejudice and stars Cindy Busby as Elizabeth Scott, a woman who encounters Paevey’s Donovan Darcy at a fancy New York dog show. Naturally the friction between the pair leads to romantic sparks, but can the two find true love and live happily ever after?

You’ll have to tune in to Unleashing Mr. Darcy when it premieres on Saturday, January 23, on Hallmark Channel. But you can check out the poster below right now! 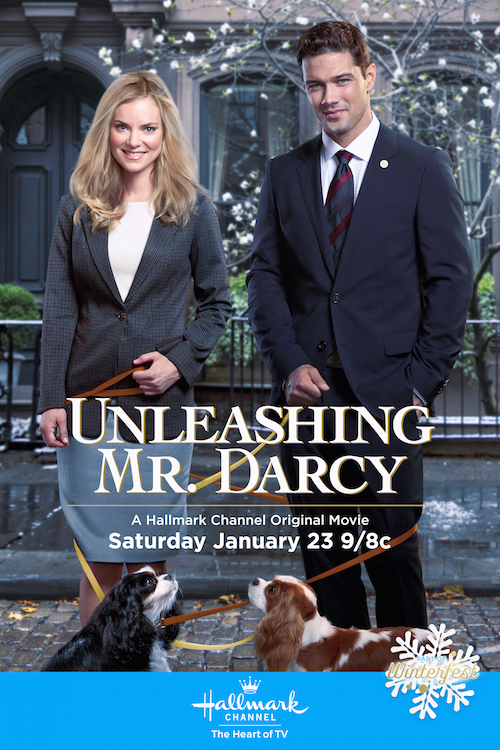