For nearly 25 years, Maurice Benard has starred as Sonny Corinthos on GENERAL HOSPITAL, and he’s seen his fair share of castmates come and go. But even after some leave the soap, they remain close to his heart, and he was delighted when one of them — Steve Burton — made his highly-publicized return to the soap! “He is like family here,” Benard confided to Soaps In Depth. “The connection has always been there.”

The actor admitted that he’s had great chemistry with plenty of actors and actresses over the years, but Burton stands out among all the others. “He and I got really close when he started,” Benard revealed. “I took him under my wing and he was like a sponge. I think we’ve worked great together. Just in general, I love working with actors and there is nothing better than to see them shine, when they go up on that set and do great in every scene.

“I never really had anyone take me in and show me the ropes,” the Emmy winner added, “so I felt like I needed to do it, and I still do. I just love seeing actors get better right in front of me.” 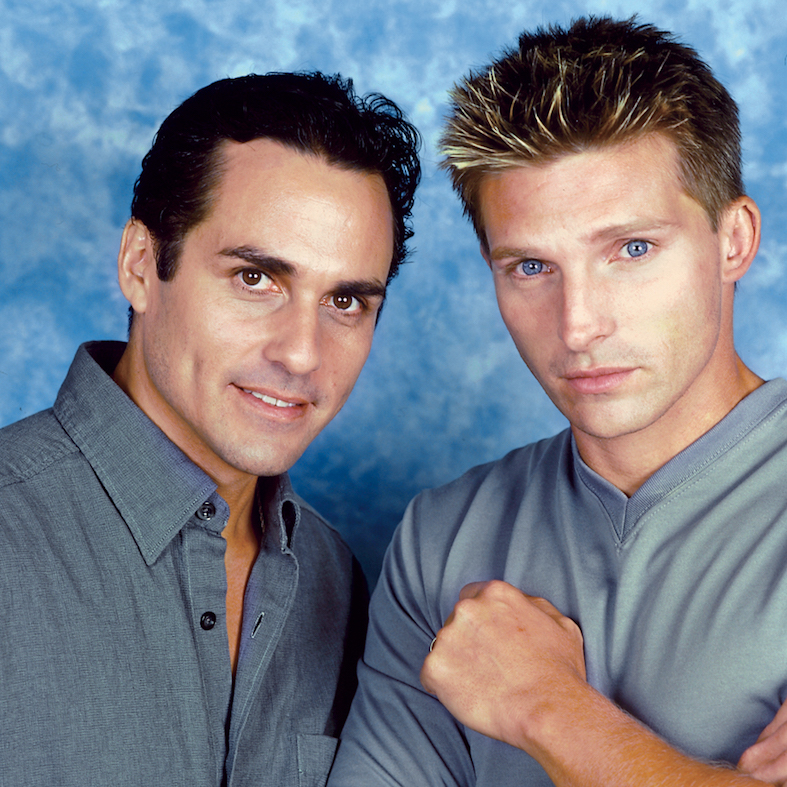 Benard and Burton back in the day. (Photo Credit: Jim Warren)

Benard continues to do the same with the next generation of young GH stars. “I’m having fun working with Eden McCoy (Josslyn) because it’s a new dynamic and she’s a really good actress. I really liked my scenes with her, and Garren Stitt (Oscar) has been great, too. These kids work really, really hard. There’s no fooling around. They all come in just as prepared as the adults.

“And those scenes I had with Nicolas [Bechtel, Spencer] before he left — loved them,” Benard declared. “We worked really hard on them being good, too. Nicolas is like a son to me. When we’re not on set or rehearsing, we’re joking a lot. He’s sort of like an adult — that’s what I like about him.” 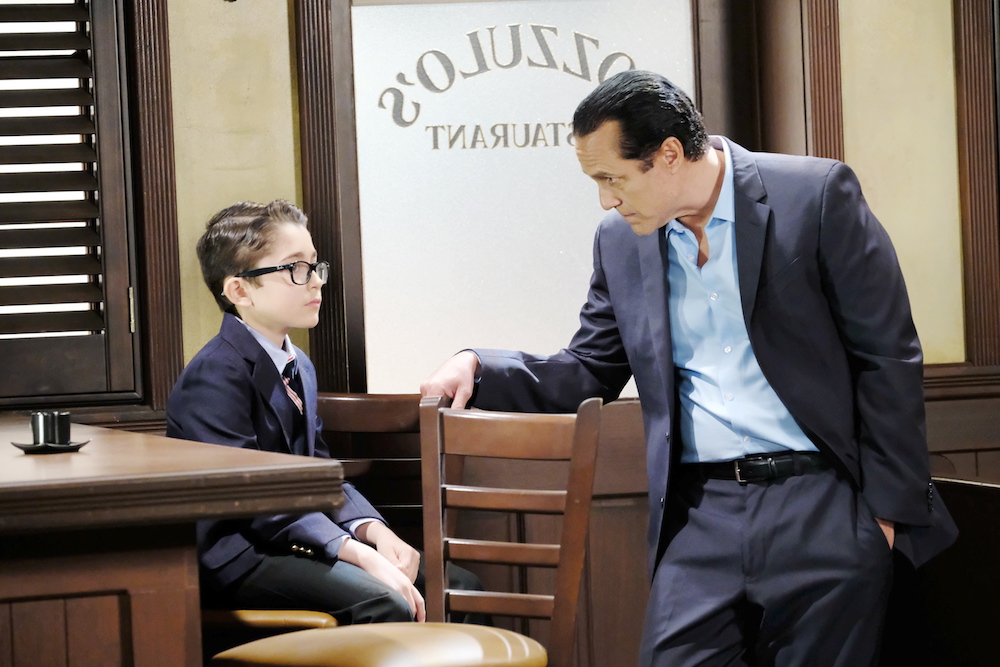 Sonny’s most recent attempt to get out of the Mob failed once again, but Benard admitted that he might like to see his alter ego succeed one day. “I wouldn’t mind Sonny getting out,” he mused. “If we did a story that was a character study and really showed the struggle he’d go through. Sonny was a man who was abused as a kid, and since he got power, he’s been trying to get back at the man who did that to him. I’d love to play that story if it’s done right.

“The problem is this,” the actor continued, “we’ve done it before. Some people don’t want to admit this, but the audience always wants me back in ‘the business.’ They like Sonny in charge. I’ve always proposed, ‘Why not get him out and make him the mayor?’ Then it’s still him being in charge, still with power.”

Sonny Corinthos for mayor? Hey, if Luke Spencer could do it, why not? We know plenty of people who would vote for him!

Tamara Braun Returns to GH in a Secret New Role

The Complicated-But-True Story of Jason Morgan