Nina and Valentin were an unlikely couple but they’ve proven very popular with GENERAL HOSPITAL fans, so it only seemed fitting to have their portrayers — Michelle Stafford and James Patrick Stuart — host the soaps very last Facebook Live of the year. The pair chatted with fans and answered their questions about Nina and Valentin’s future, including whether they might have a child at some point!

Stafford promised viewers who enjoyed the recent scenes between Nina and Nelle that they haven’t seen anything yet! “There’s gonna be some crazy stuff coming up!” she teased. “I think that Nina’s gonna show some teeth, don’t you worry!” However, when other fans expressed their desire to see Nina steal Nelle’s baby, the actress wasn’t as enthusiastic. “I think that Nina has come and gone,” Stafford allowed. “We’ve seen that Nina, stealing babies and stuff like that. So what we’re doing right now, is Nina is being a bit of a badass, and she’s showing teeth, and I like that.” 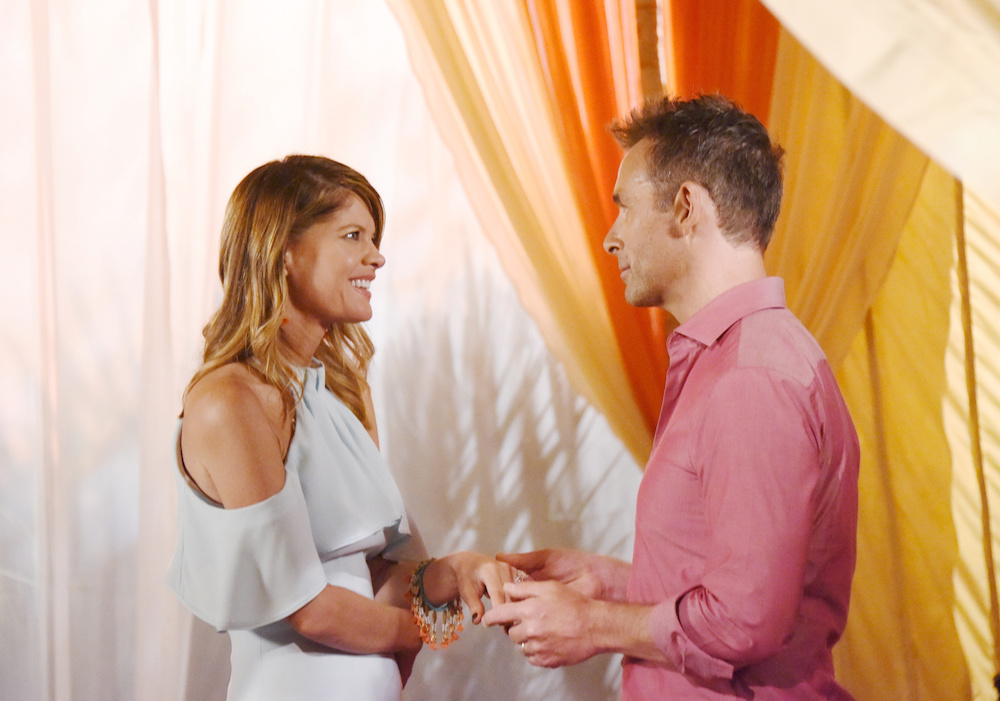 Nina has grown quite a bit since the character was first introduced on GH, and her relationship with Valentin has been a big part of that transformation. And in fact, Stuart admitted his favorite episode he’s done so far on the soap has been the one where he confessed his tortured past to the woman he loves. “I love the one where Val is confessing his abnormality and how broken he was,” the actor revealed to Stafford and the fans, “not only emotionally but physically, and you turn right around and just beam love upon him. It’s the first time that he’d ever been honest, ever, and he got loved for it. I think it was really touching.” Stafford agreed, adding: “She loves him so much!”

When asked by fans which other GH character they’d want to play, Stafford immediately started calling on production to make that an actual thing! “I think we should do that!” she enthused. “I think that would be so much fun! The fans would love that!” Stuart admitted he would like to try playing Franco, but Stafford declared she’d rather cast him as something completely opposite. “But if we could switch character, who would it be?” she mused. “I’d probably be Anna. Or I’d be Jordan!” 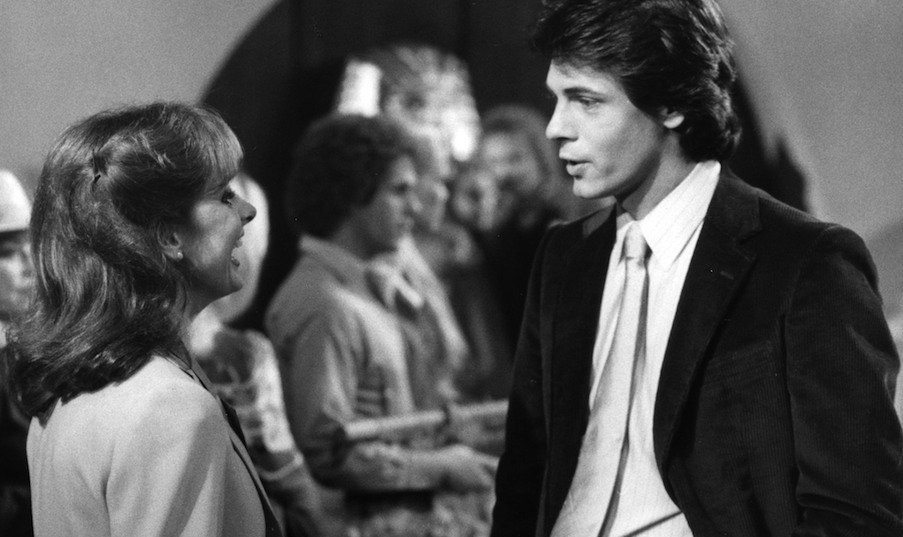 Rick Springfield as Noah with Jacklyn Zeman’s Bobbie in a scene from 1981. (Photo Credit: ABC Photo Archives/ABC via Getty Images)

The question of which celebrity they’d like to see cameo on GH led to both of them agreeing on bringing back one of the soap’s vets! “I think I’d like to have Rick Springfield (ex-Noah) come back,” Stuart confided, “because I learned to play guitar to ‘Jessie’s Girl.’”

Stafford wholeheartedly agreed because the actor/singer was a childhood crush! “I watched GH as a youngster, and Rick Springfield lived up the street and I used to stalk his house! He was the love of my life. I used to dream of marrying him when I was little!”

Whether or not GH can bring Springfield back for them or do a special episode where the actors all play different roles remains to be seen. So stay tuned to see what happens next, and for more GH news, keep reading the ABC edition of Soaps In Depth magazine!