As an actor, Ronnie Marmo usually plays the bad guys. Even his popular GENERAL HOSPITAL character, police officer Ronnie Dimestico, eventually went rogue in his efforts to take down Sonny! Currently, he’s on stage in North Hollywood at Theatre 68 in I Am Not A Comedian… I’m Lenny Bruce, as the legendary bad boy who was notoriously arrested four times in the early ’60s for obscenity. “I feel like there’s so much going on this country with questioning free speech that we need Lenny’s voice more now than ever,” Marmo explains of his desire to channel the late comic in all of his edgy glory. “Some of Lenny’s bits were controversial then, and now they’re on another level… it’s really touching a chord with people who see the show.”

Having befriended Bruce’s daughter, Kitty, and previously done another Lenny Bruce-themed production (which was directed by former GH headwriter, Robert Guza Jr.), Marmo felt like he’d made a genuine connection to the essence of what the comic was about. However, it was under the direction of Joe Mantegna that this new production obtained its evocative imagery. “He was instrumental in the dramaturgy of the play,” Marmo enthuses. “It was his idea to start with Lenny [dead] and naked on the toilet and have him come back to life [to tell his story.]” 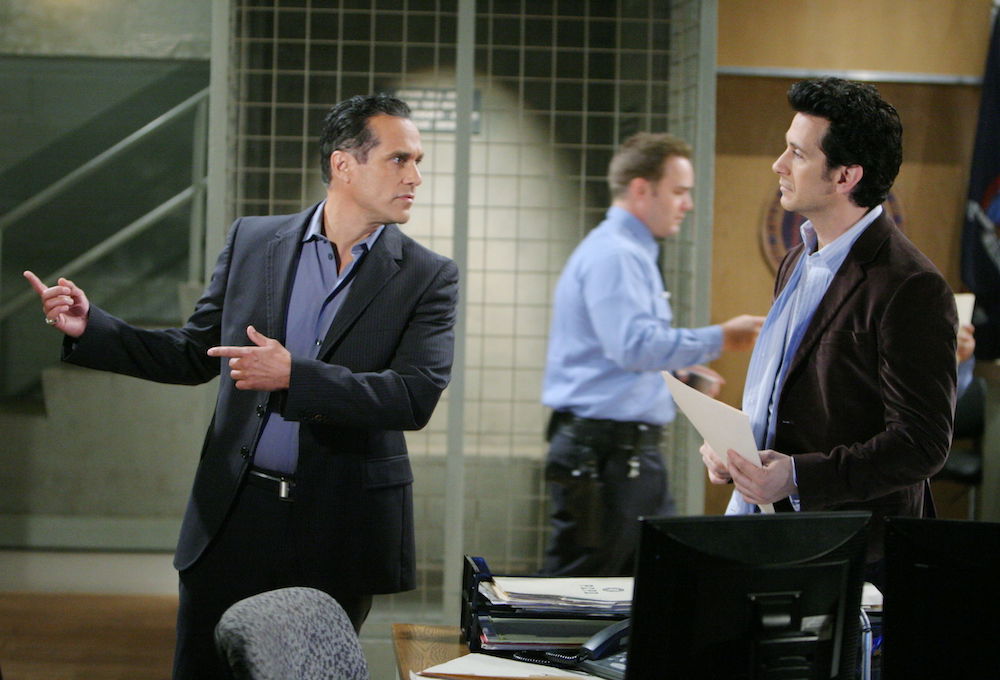 Maurice Benard (Sonny) with Marmo in a scene from GH in 2010. (Photo Credit: Howard Wise/jpistudios.com)

From the performer’s colorful Jewish mother to finding — and losing — the love of his life, to his battle with the courts over his biting cultural commentary, to his eventual overdose, I Am Not A comedian… I’m Lenny Bruce leaves nothing on the table. “I think he was both brilliant and sad,” Marmo reflects. “He had an incredible mind.”

The show’s Los Angeles run has just been extended through Saturday, November 25. See it for yourself by calling (323) 960-5068 for reservations, and prepare to leave dazzled by Marmo’s spellbinding performance. Or, pick up Marmo’s critically acclaimed audio recording of Bruce’s memoir, How To Talk Dirty & Influence People, which is now under consideration for a Grammy!