Conflicts are brewing in these spoilers from GENERAL HOSPITAL!

Kevin is surprised to learn that Spencer went to see Sonny. “Three guesses what that’s about,” Laura sighs. Over at the mobster’s restaurant, Sonny looks down at the littlest Cassadine and asks, “Do you know what you’re asking me to do?” Spencer tries to look tough, but it’s not very likely that Sonny will agree to help eliminate Valentin so Spencer can get Wyndemere back… is it? 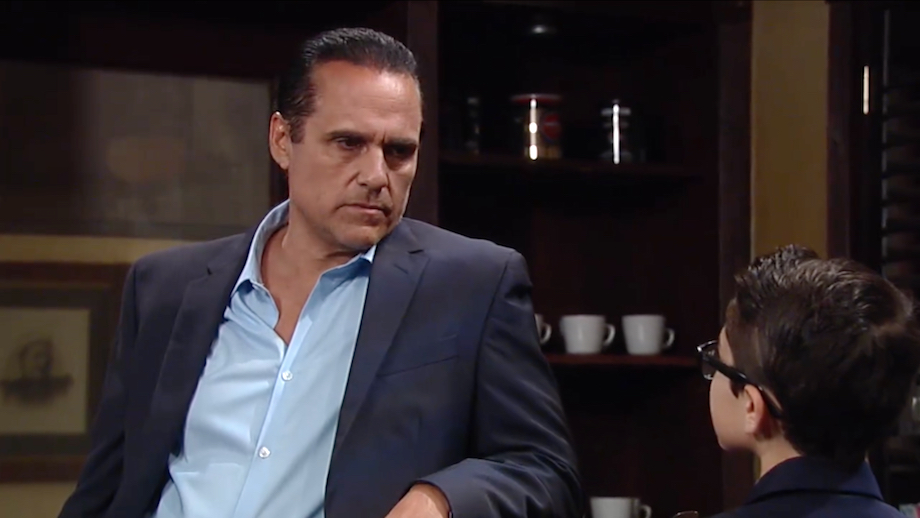 Furious that Josslyn had a party with her friends while she was away in Puerto Rico with Sonny, Carly took her daughter’s phone away and grounded her. But after overhearing that Carly was getting back together with Sonny, Joss turns on her mom. “You’re a hypocrite!” she cries. Nina tries to open a door but Amy body checks her to keep her from entering the room where Nathan is hiding. “Do not go in there!” Amy hisses. But since when can Nina be stopped so easily?

Dante is at the hospital burn unit to question Ava now that she’s well enough to handle it, and Bobbie is pleased they will soon be rid of the villain. “I think Ava should be brought to justice,” she insists. In Ava’s room, Scott is at her bedside concerned that her decision to confess and send herself to prison will have the unfortunate side effect of dragging him down with her. “You didn’t sell me down the river,” he asks, “Right?” Is Ava only out to sacrifice herself, or is she planning on taking others along with her?

Check out this teaser for today’s tense episode and for more GH previews, keep reading the ABC edition of Soaps In Depth magazine!