Carly has been sentenced, but in these GENERAL HOSPITAL spoilers, it could be Nelle who is in a world of trouble as her past catches up with her! Plus, Spinelli offers Michael hope he could soon get Nelle out of his life, and Obrecht continues her torture of Peter. How far will she take this?

Nina was having second thoughts about holding Peter prisoner and torturing him for revenge, so Obrecht sent her to go visit Maxie to remind herself why they’re doing this. But now the doc calls her to demand: “I need you back here, pronto!” And having stopped by Maxie, Nina assures her brother’s widow: “I have this all under control, okay?” But back at the shack, things are taking a horrifying turn! “Don’t!” Peter screams at the top of his lungs. What does Obrecht have planned, and can Nina keep her from going to far?

Drew stops by Kim’s office at the hospital to express his concern over her recent actions. “I hope you know what you’re getting into,” he cautions. It’s likely he’s talking about Kim’s recent decision to rekindle her relationship with Julian, which isn’t exactly one he would approve of. Is she making a mistake taking him back? 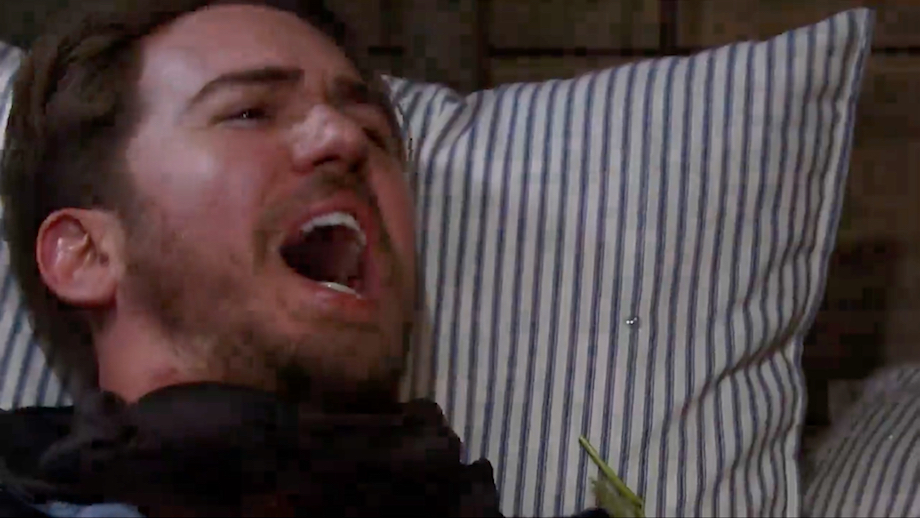 What horros does Obrecht have planned for Peter? (Photo Credit: ABC)

Michael has been struggling with keeping Nelle happy while he figures out a way to get her out of his life forever, and finally he gets some good news. “I have what you need to unmask Nelle’s shenanigans,” Spinelli reports to him. Meanwhile, Sam tries to help Jason unwind after Carly’s trial by playing pool at the bar. “The person who belongs in Ferncliff is Nelle Benson,” Jason insists. But is there anything Sam can do to help Jason save Carly from her fate?

But even though she’s succeeded in getting Carly locked up in Ferncliff, Nelle’s plans could be falling part around her as a face from her past confronts her! Detective Harrison Chase ran into her on the way out of court and the two clearly share a past! “I’d say that you’re stalking me,” Nelle accuses him. Could Chase hold the key to taking her down once and for all?

"I'd say that you're stalking me." #GH55 pic.twitter.com/JmUsgGL7Yv

Everything You Need to Know About Detective Harrison Chase