Andrew Cain still doesn’t know exactly who he is, but in these spoilers from GENERAL HOSPITAL, his life could be about to become even more complicated! Plus, Olivia and Monica clash, Maxie’s secret is out, and the Quartermaines have a plan for ELQ!

Ever since Olivia married Ned, she’s struggled to fit in with the rest of the Quartermaines and the holidays have proven to be especially difficult. “I just wish that you could see me as a member of this family, too,” Olivia tells Monica, her voice heavy with emotion. Over the years, Monica has made no secret of the fact that this is her house (Alan gave it to her!), but can she find a way to welcome Olivia into it?

Maxie and Nathan are at the hospital for a routine checkup, and while they’re sitting in the exam room waiting, Amy sees them and comes rushing in. “Maxie, are you pregnant?!” she exclaims. So much for privacy! 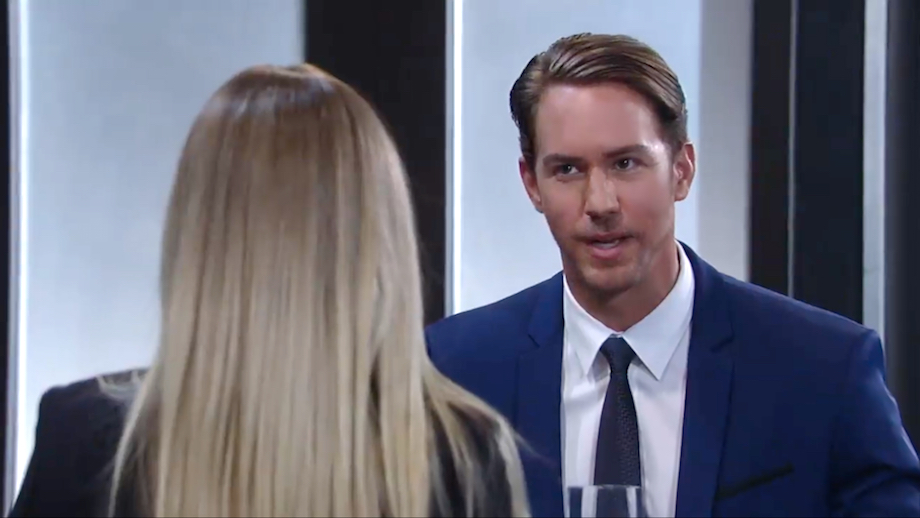 Lulu has a proposal for Peter! (Photo Credit: CBS)

At the Metro Court, Lulu sits down for a meeting with Peter August, who is the COO of Sam and Andrew’s new Aurora Media. “So now that you have my interest,” he smiles, “how can I change your life?” Just what, exactly, is Lulu proposing?

Now that Jason is back and Andrew has been revealed to be his twin, that means that they are both technically Quartermaines which could complicate things for the family business. But Ned assures Alexis and Michael that there might be a way out of this. “There is an alternative,” he suggests. “We buy Drew and Jason out of ELQ.”

Joss and Oscar are performing a DNA test to see if Drew could be his father, but no one knows what they’re up to. So why does his mom, Kim, pay Sam and Drew a visit? “I wanted to talk to you about my son,” she announces. Sam and Drew brace themselves for another possible bombshell. Drew doesn’t even know who he is — is he ready to find out that he has a teenage son?