It’s time for Ava to go under the knife for the final surgery to remove her scars, but in these GENERAL HOSPITAL spoilers, it looks like she’s going to have quite a time of it, enduring all kinds of ghosts from the present and the past — including the haunting return of Bryan Craig’s Morgan Corinthos!

Ava has been determined to restore her beauty, but the surgery to clear up her scars was experimental, and difficult to get approved. But at long last, the day has come and as Ava lays on the operating table and is given the anesthesia to put her under, the doctor promises: “When you wake up, you’ll be a new woman.”

Unfortunately, while under the knife, Ava has visions of her past, present, and possible future! During her time in Port Charles, the vixen has caused no end of drama, and her guilty conscience forces her to face up to her actions! “I don’t even think about you anymore,” promises Nina, whose husband, Silas, cheated on her with Ava (and produced Kiki!). 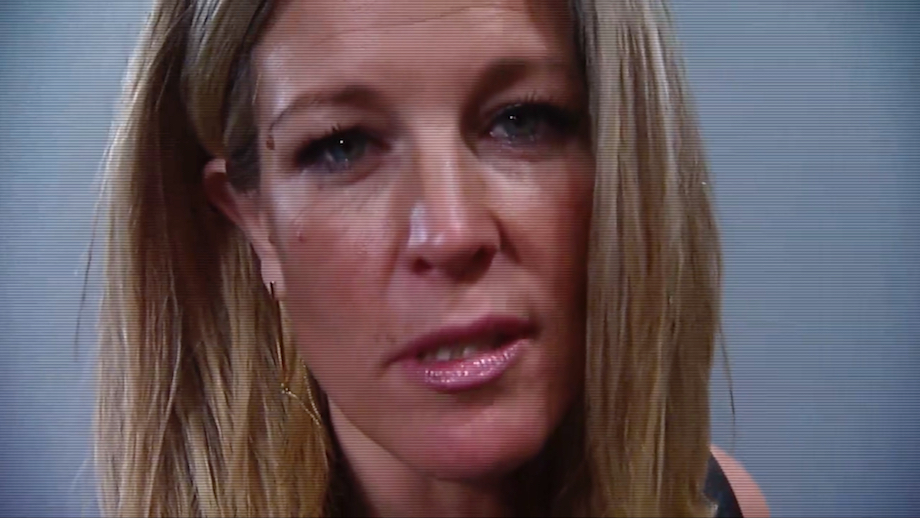 At the art gallery, Ava encounters Scott, who toasts to her with a glass of champagne. “Here’s to Ava!” he declares. But things take a decidedly dark turn as the blonde next envisions Carly all up in her face. “I’m not gonna rest until the world sees you for the ugly soul that you are,” Mrs. Corinthos vows.

Kiki appears to check on her mother. “Is everything okay?” she asks, concerned. Ava’s guilt over stealing Morgan away from her daughter and then tampering with his bipolar meds to cause the behavior that ultimately led to his tragic death is one of the things that weigh most heavily upon her. And so she is absolutely horrified to open her door and see Morgan standing there with a bloody scar on his forehead. “Ava… help me,” he begs.

When Ava awakens from the anesthesia, the surgery should have cleared up her ugly scars on her skin, but will the visions she experiences help fix the scars she carries on the inside? Check out this tease for today’s special episode, and for more GH previews, keep reading the ABC edition of Soaps In Depth magazine!

The Many Women in Sonny Corinthos’ Life