Details surrounding this year’s Nurses Ball have been kept tightly under wraps, but in these GENERAL HOSPITAL spoilers, it’s all kicking off today so you’ll be able to see what all the fuss is about! There will be special guests, amazing performances, and of course, a lot of drama, including a surprise proposal!

Although some of the behind the scenes footage in the teaser clips offers some hints of what fans can expect to see at this year’s Nurses Ball. It looks like Josh Swickard (Chase) rehearsing his dance moves, as well as Maura West (Ava) and Wally Kurth (Ned) in the recording studio. It makes sense that Ned would perform another musical number, but Ava? That’s going to be interesting! 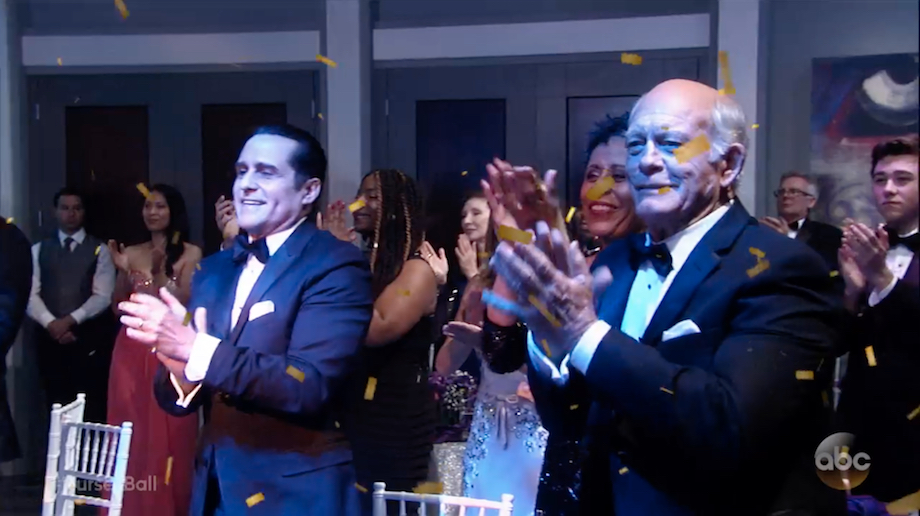 Unfortunately, Carly will be unlikely to join Sonny in the audience since she’s been arrested! (Photo Credit: ABC)

Naturally, Lucy Coe is emceeing the event, and should have a series of gorgeous gowns to change into throughout the show as she does every year. Plus, THE BACHELOR’s Nick Viall will be joining Nina on the red carpet to interview the residents of Port Charles as they arrive at the ball. And THE CHEW host Carla Hall will be making her debut performance taking on what ABC calls “an infamous role decades in the making.” Who could that be?

The 2018 Nurses Ball will run from today until Monday, May 21, so get ready for days of music, romance, and drama! Check out the video below for a sneak peek and for more GH previews, keep reading the ABC edition of Soaps In Depth magazine!