Lives hang in the balance in these GENERAL HOSPITAL spoilers! After helping Maxie deliver her baby, Peter goes to confront his mother, Griffin and Ava’s relationship reaches a breaking point, and Carly refuses to let Nelle send her to prison. Who will emerge on the other side unscathed?

When Maxie went into labor in the car, Peter had to pull over to the side of the road and help his friend deliver her baby boy. “Maxie Jones, meet your son,” he smiled. But immediately after that, he grabbed his gun to meet with his mother at the docks. The only problem is that Peter believes that Anna was just posing as Heinrik’s mom to lure him into a trap. Will he silence the spy before she has a chance to reveal that she’s his real mother? Or might Jason get to them in time to save her? 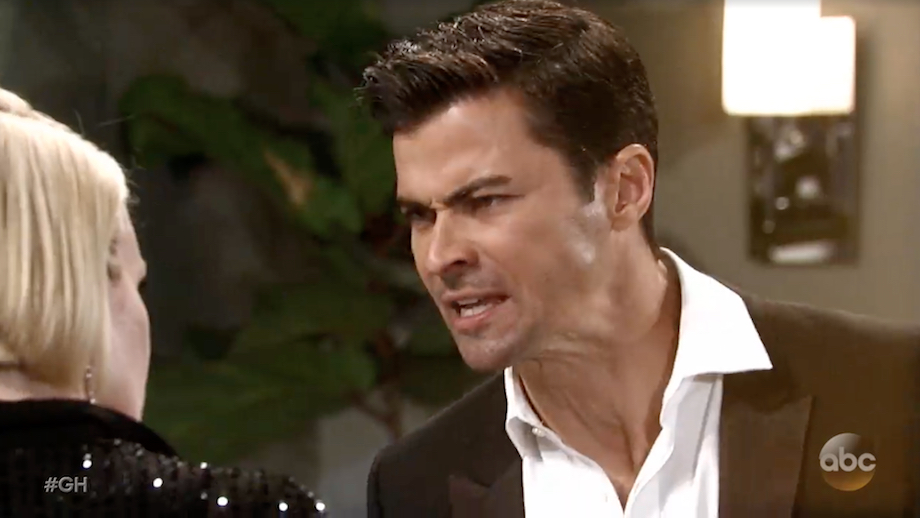 Griffin and Ava were an unlikely couple from the start, and as time has gone on, their differences continue to pull them further and further apart. “What do you want from me?!” he yells at her. Ava stands her ground and retorts: “More than you’re capable of giving.” Could this be the end for the pair?

In the interrogation room at the PCPD, Diane meets with her client as Carly remains determined to put a stop to Nelle’s elaborate schemes to destroy her life. “I don’t believe that that little snake is gonna send me to prison for 10 years,” Carly spits. Diane’s a good lawyer, but can she keep Carly out of prison? Or might Sonny have to step in to save his wife?

Don’t miss this tease for the exciting week to come and for more GH previews, keep reading the ABC edition of Soaps In Depth magazine!

Why GH Dedicated an Episode to the Memory of Rick Pessagno