It’s time to break free in these GENERAL HOSPITAL spoilers! Kiki hopes that she can finally escape Dr. Bensch’s clutches as Drew tries to forge a new future for himself and Sam wants to get Peter out of jail!

Dr. Bensch is getting ready for what he thinks is going to be his big night with Kiki, so he swings by the art gallery for a gift. “I was hoping to pick up something beautiful tonight,” he tells Ava. But at the hospital, Liz stands by Kiki’s side as she officially reports Dr. Bensch for sexual harassment. “I’d like to file a complaint against Dr. Bensch,” Kiki declares.

Drew has two options to get his memories back, but one involves trusting Henrik Faison, so he’s not too keen on that one. “Have you reconsidered having the procedure?” Andre asks Drew. Might he really go through with the riskier option to remove Jason’s memories from his brain? 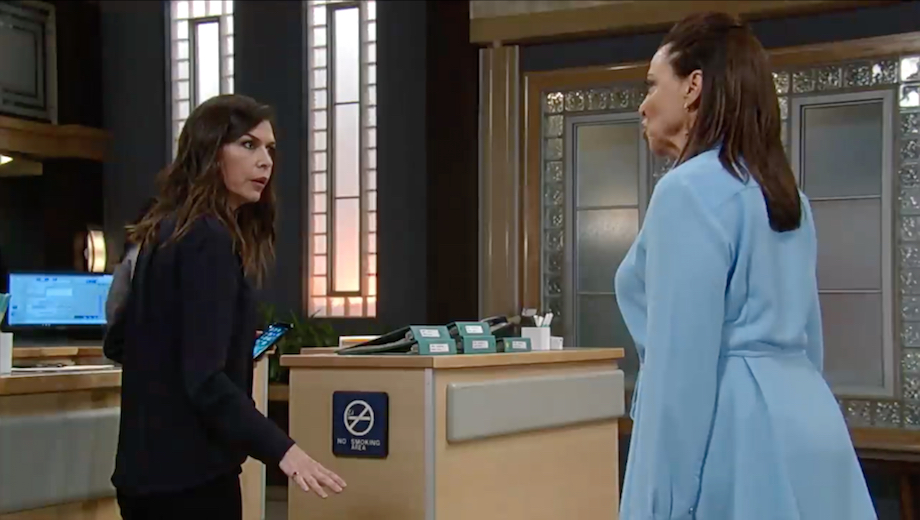 Learning that Peter is really Henrik Faison was shocking enough for Obrecht, but the news that Anna is his mother sent her into a blind rage! “It’s your fault that my son is dead!” the doctor yells at Anna by the nurses station.

Desperate to help Drew regain the life that was stolen from him, Sam goes to Jason for help. “I want you to help me break Peter out of custody,” she confides. Will he agree to such an outrageous request? Because who knows what Peter might do if he’s not locked up! Over at the prison, Valentin pays him a visit, and Peter threatens: “It’s a good thing these bars are between us.” Who knows what he might be capable of?

Kirsten Storms and Her Boyfriend Are So Cute Together

Everything You Need to Know About GH’s New District Attorney