Now that the truth about who is Jason and who is Andrew has finally been revealed, the real drama begins in these spoilers from GENERAL HOSPITAL! Sam has two men to choose between, and someone’s heart will be broken. Plus, Nelle has a surprise for Michael and Josslyn has a plan to help Oscar find out who his father is!

Andre was dragged back to Port Charles by Curtis and Jordan to clear up the mystery of the two Jasons, and now he’s locked up in a cell at the police station for his crimes. Franco, who helped keep the secret for Andre, leans into the prison bars to confront him. “I need a session, Doc,” Franco taunts. “In the worst way.”

Elizabeth’s world was rattled by the revelation of Jason and Andrew’s true identities, and she worries how she’s going to tell Jake the story of his father. Meanwhile, Franco is just worried that he’s going to lose Liz to Jason now that he’s back for real. Robin corners Liz in the hospital to give her a warning. “I’m here to ask you not to do that,” Robin cautions. What is Liz thinking of doing? 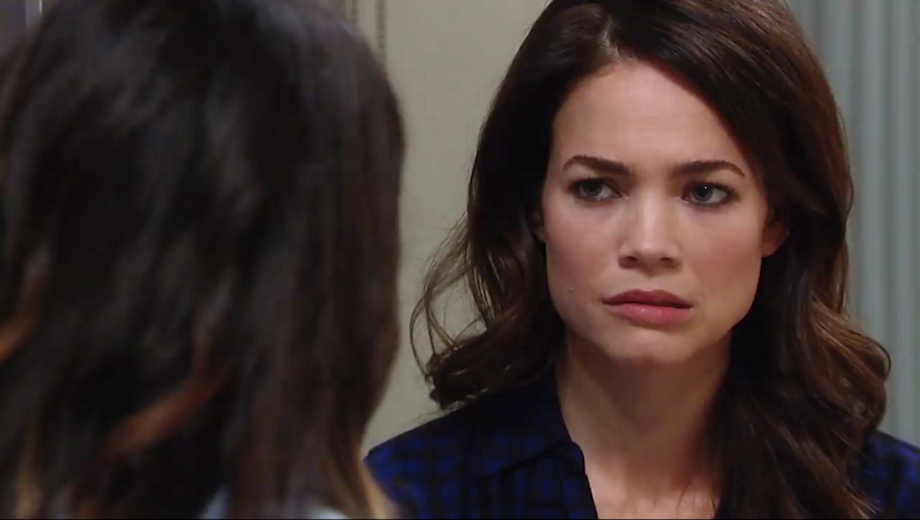 Liz has an important decision to make! (Photo Credit: ABC)

Michael is surprised when Nelle approaches him at the Metro Court bearing gifts. “I ordered you a Christmas present before we broke up,” she explains, reaching into a shopping bag. But does Michael want anything else from her?

Josslyn is eager to help Oscar discover who his father really is and has purchased a DNA testing kit so they can finally get to the bottom of this mystery. “By this time tomorrow,” she promises, reaching for the box, “you’ll have your answer.” But is Oscar ready for the truth?

Learning that he’s not really Jason was a massive blow to Andrew, who now has to face the reality that all of his memories are false and he has no idea who he really is. But Sam is sticking by her husband, reminding him that the memories they made with each other are real. “We’re in this together,” she insists. And out on the docks, Alexis urges Jason to be careful how he proceeds from here if he intends to take Sam away from her current husband and the family they’ve built together. “Please,” she begs, “don’t make her give that up.” What will Jason do next?