Avery is missing, and tensions are high in these GENERAL HOSPITAL spoilers, but the drama isn’t just contained to Port Charles right now! Over in Switzerland, the search for Henrik has hit a major snag because Spinelli has been arrested! Can Jason rescue his pal?

Sitting at a table at Charlie’s Pub with Julian, Kim looks mildly uncomfortable as a woman asks her some questions. “How do you feel about the spotlight?” she inquires. What has Julian gotten Kim into now?

Laying in bed with her husband, Lulu has a plan to keep her marriage on the right track. “I think we need to agree to disagree on this,” she suggests. But after all the trouble that Lulu has gotten herself into recently, can Dante really agree to back off? 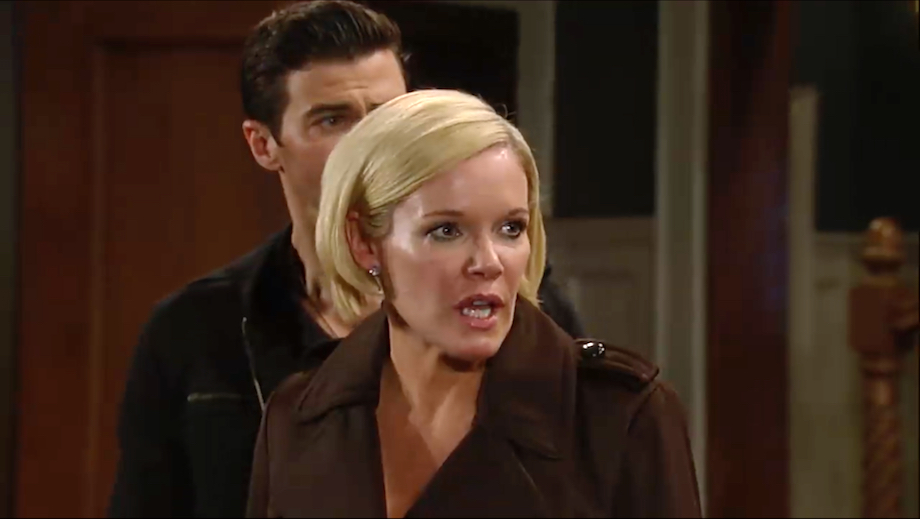 Ava will stop at nothing to get her daughter home safe and sound! (Photo Credit: ABC)

Sonny didn’t want the police involved, but when Carly arrived with Detective Chase, Michael told him all about Avery going missing with Mike. But it was when Ava learned her daughter could be in danger that things got REALLY tense! “Sonny, if you have information about Avery, you need to tell us right now!” Ava demands. Will Sonny risk revealing the whole truth to her?

Over in Europe, Spinelli is sitting patiently in an interrogation room waiting for Jason to come to his rescue. “Deputy Marshall,” he says with a sly smile as someone stands over him. “We meet again.” But will Jason’s plan to set him free work? And speaking of Jason, Alexis knows her daughter well enough to realize that she’s made a decision about her future. “You’re getting back together with Jason, aren’t you?” she wonders aloud. But has Sam made a final decision between the two brothers?

How to Watch the 2018 Daytime Emmy Awards