Secrets are coming to light in these GENERAL HOSPITAL spoilers, but Sonny fears that if his come out they could land him in prison! Griffin hopes to keep the secret he discovered under wraps, while Nina hopes Curtis has something juicy to report. And it looks like Michael and Maxie could have a secret of their own!

Regretting his decision to run the DNA test that proved Peter August is really Henrik Faison, Griffin has decided to try and erase the evidence. “Once I destroy these test results,” he tells Ava, “I will be able to put them out of my mind for good.” Ava frowns, knowing that she has already sneaked a peek at the papers and also knows Peter’s secret. Will she tell Griffin what she did?

Nina hired Curtis to uncover the skeletons in Peter’s closet, and was thrilled when he finally reported that he’d finally found something. “What dirt did you dig up on Peter August?” she wonders. Meanwhile, Peter is still struggling to maintain his charade, and thinks he’s hit a lucky break when Lulu makes an announcement. “I am dropping my investigation into Henrik Faison,” she reports. Now if he could only do something about all those other people trying to uncover his true identity! 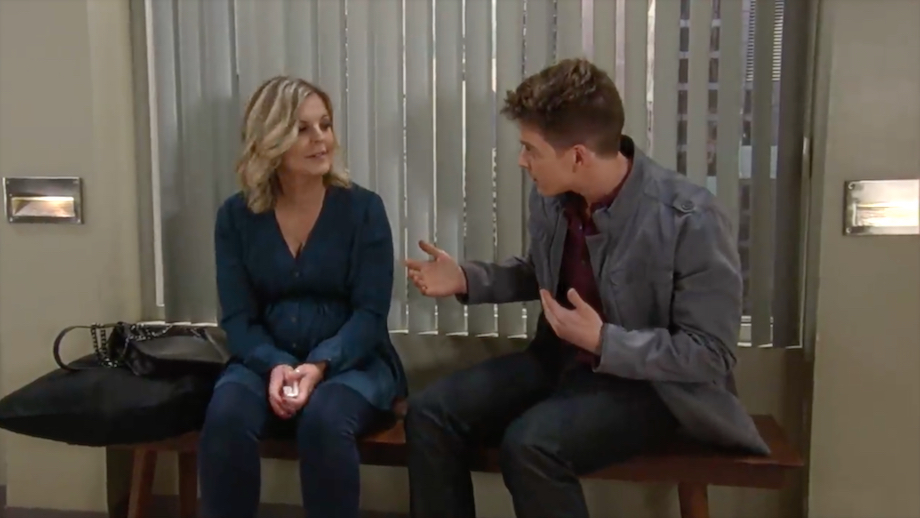 Since they’re both attending childbirth classes and both in awkward positions, Michael has a proposition for Maxie. “We can spot each other,” he suggests, “that way you won’t be alone.” Could Michael turn out to be just the knight in shining armor Maxie needs? (And how will Nelle feel about that?)

Carly’s getting frustrated that no one seems to believe her when she claims that someone is trying to torture her with memories of Morgan, and makes moves to take back her life. “There’s been a change in plans,” she informs someone over the phone.

Ever since Mike mentioned a field in Brooklyn, Sonny has been on edge. Back while working for Joe Scully, he’d buried a body there, but thought his father knew nothing about it. Now he worries that digging up his past could destroy his future! “If they find a body,” Sonny warns Max, “I’m compromised.”

Anthony Geary Shares a Look at His New Life in Amsterdam