Patient Six is back in Port Charles, and in these spoilers from GENERAL HOSPITAL, it looks like the town isn’t big enough for two Jasons. But which one is the genuine article and which one is the imposter? When the truth is revealed, nothing will ever be the same again!

Sam’s world was shattered when Jason was killed by Faison, so she was naturally overjoyed when her true love returned to her from beyond the grave. “Do you know how much I love you?” she asked Jason, holding his face in her hands. The only problem is that shortly after escaping from the hospital where he had been restored to life, Jason was badly injured in a car accident and his face had to be reconstructed. But not knowing what the mysterious patient Jake Doe looked like, doctors did their best and Jason was left looking very different. 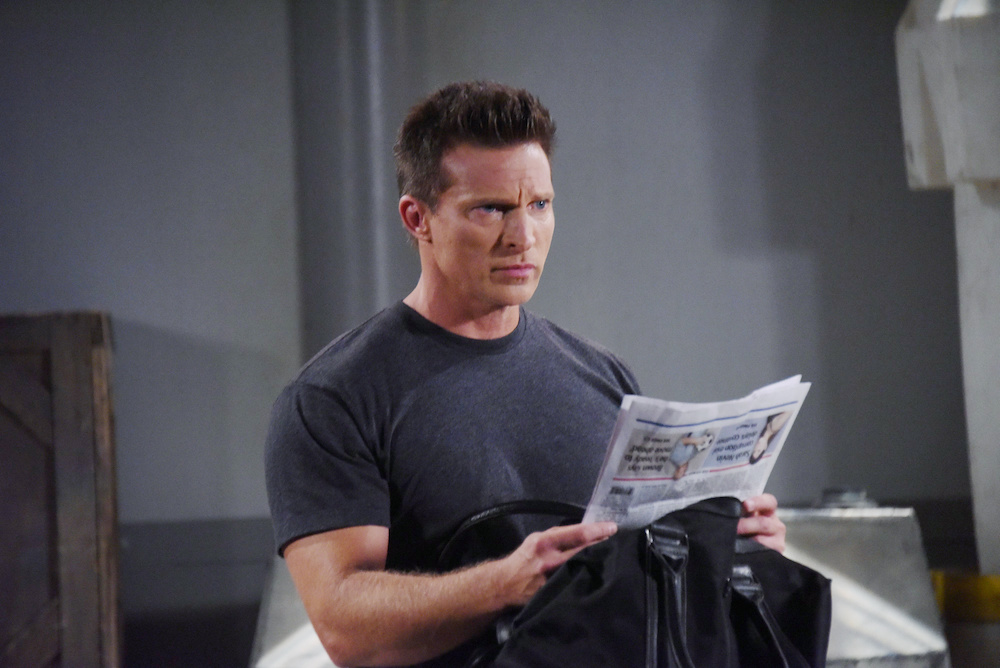 If Patient Six is really Jason Morgan, someone else has been living his life for years! (Photo Credit: XJJohnson/jpistudios.com)

But John Doe has all of Jason’s memories, and a DNA test proved it was him, so everyone in Port Charles has accepted him as Jason Morgan. However, the revelation that a man with Jason’s original face was being held in a Russian clinic as Patient Six has put everything into question! “There’s only one Jason Morgan,” Liz once said. But even though both of these men share the same memories, only one of them can be the real Jason!

Since returning to Port Charles, Patient Six has visited Sonny’s home as well as Sam’s penthouse but hasn’t yet made contact with any of his loved ones. Sonny, meanwhile, continues to confide in Jason not realizing he may not actually be Jason. “You and I are the only ones that know,” Sonny assures Jason. However, with Patient Six lurking around town, the shocking truth will soon be revealed. Just what is really going on? Stay tuned to find out!

Check out this tease of the week to come, and for more GH previews, keep reading the ABC edition of Soaps In Depth magazine!