Thanks to a little back and forth on social media, some GENERAL HOSPITAL fans are convinced that Vanessa Marcil is returning to the soap as Brenda! Back on Oct. 10, Marcil posted on Instagram: “Big new announcement coming in the next two weeks!” This already sent her fans into a tizzy predicting she would be making another comeback to GH, but then her friend and former co-star, Maurice Benard (Sonny) had to go and add fuel to the fire himself!

Marcil celebrated her birthday on Oct. 15, so Benard naturally wished her well on Twitter. “Happy birthday Brenda,” he wrote. “I mean, Vanessa.” But it was when he concluded with “See you soon” that fans assumed that meant that the actress’ big news will be that she would soon be returning to the GH set!

Marcil replied to his tweet with “I love you, Sonny” and sent Brenda and Sonny fans into a whirlwind of emotions as they recalled their favorite GH couple’s ups and downs. Marcil originated the role of Brenda Barrett in September of 1992. In 1998, the character was presumed dead after her mentally ill mother drove their car off of a cliff. She returned again in 2002, but only for just under a year. In June of 2010, Marcil reprised the role once more, this time for just over a year. She also returned for a brief visit in 2013 to participate in GH’s 50th anniversary celebration.

Sonny and Brenda were one of the most popular daytime supercouples in the ‘90s, but if Marcil brings Brenda back to Port Charles, she’s going to have some stiff competition from Carly. “CarSon” fans are not happy about the idea of Marcil coming back for another visit and don’t want anyone to spoil things for their favorite couple. 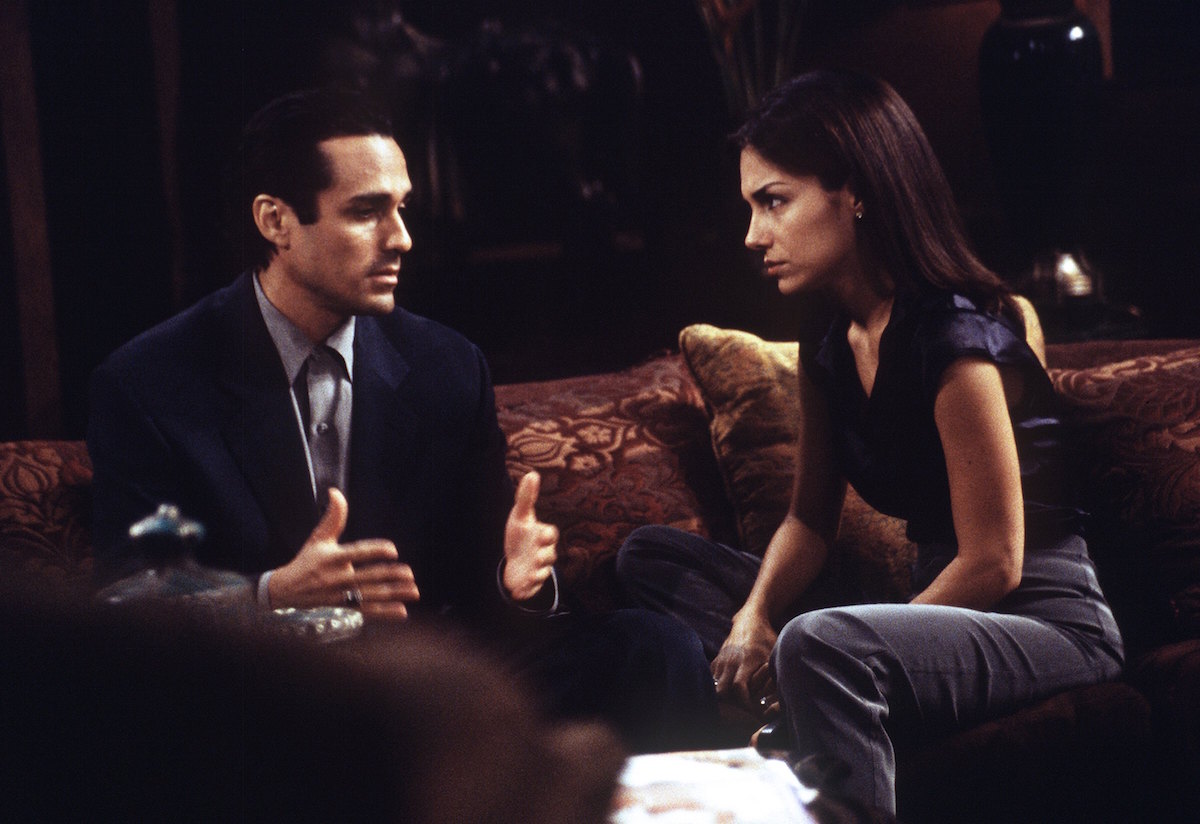 Marcil and Benard in a GH scene from 1997. (Photo Credit: Cathy Blaivas/ABC via Getty Images)

The other thing that has some GH fans believing that Brenda is on her way back is the new character of Oscar Nero. When the young man with the mysterious parentage was first introduced in June, fans felt that actor Rio Mangini looked like he could be Brenda’s son. And even after Garren Stitt took over the role just a month later, fans didn’t change their minds, and some also think Sonny could be his dad! That would be quite the bombshell for Brenda to reveal to Sonny that he has another child — and Josslyn probably wouldn’t be too thrilled if those were her boyfriend’s parents!

Marcil still has yet to make the big announcement she’s promised, so stay tuned as this story continues to develop. Whether it’s about another return to GH or something else, we’ll be sure to let you know all about it!