Fans of GENERAL HOSPITAL were happy for actress Laura Wright (Carly) when she announced that she was now dating actor Wes Ramsey following her 2016 divorce from husband John. But many also wondered exactly who the new man in her life is. Well, let us fill you in!

Ramsey was born in Louisville, KY, and discovered a love of performing at 12 during a summer class in his hometown. In 1996, he was accepted into the 29th group in the drama division of the Juilliard School in New York City, graduating in 2000. Shortly after, Ramsey landed the role of Sam Spencer on GUIDING LIGHT, a role he played for two years, overlapping with Wright’s stint as Cassie on the CBS sudser. As the younger brother of Crystal Chappell’s Olivia Spencer, Sam was involved in a love triangle with Marah Lewis and Tony Santos, and eventually left to attend journalism school. Ramsey reprised the role a few times after that in 2003, 2004, and 2008, when Olivia needed help from her little brother. 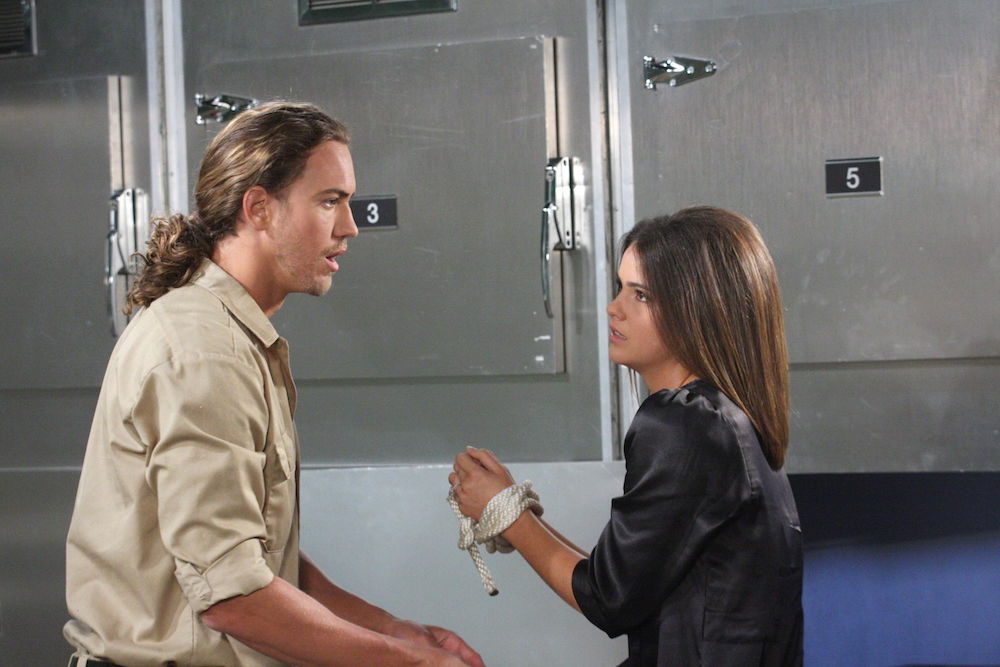 When Ramsey left GL in 2002, he moved to Los Angeles where he landed a role in the 2003 film Latter Days with Joseph-Gordon Levitt, Jacqueline Bisset, and Mary Kay Place. He also played the adult incarnation of Piper and Leo’s son, Wyatt Halliwell, in multiple episodes of CHARMED from 2003-06. In 2009, Ramsey enjoyed a brief stint on DAYS OF OUR LIVES as Owen, a DiMera informant who kidnapped Stephanie under E.J.’s orders. He also made numerous guest appearances in primetime, as well as a starring role as Max in THE PLAYBOY CLUB and recurring as Dave Benton on CSI: MIAMI.

More recently, Ramsey has been playing Van in the web soap VENICE, created by his GL sister, Chappell and stars with DAYS’ Shawn Christian (ex-Daniel) and Casper Van Dien in the upcoming thriller Last Seen in Idaho. And he’ll also be on set with his girlfriend as GH has cast Ramsey in the mysterious new role of Peter August on the soap!

Ramsey also enjoys playing music and writing poetry. A collection of his writings was collected into a book called Salt & Sand.

Wright nabbed herself a good one here, and they seem deliriously happy together!